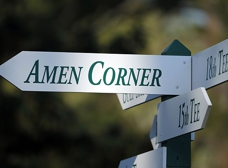 My experience at Computer Plus has been fantastic...They are attentive, they answer all your questions...and will have your computer fixed quick fast and in a hurry..if you need a computer to buy sell or fix? Computer Plus are the one's to help you!

Exceptional staff that explained to me in detail how to save money by cleaning up my older laptop (as good as a new one now). I purchased a
refurbished model that is so reliable I use extensively at work every day. I would definitely recommend shopping there before overpaying for a potential headache at Best Buy or Walmart.

My friends at Computer
Plus are awsome. They were very attentive and knowledgeable about the problems I've had with my computer. From that point on, whoever asked me if I knew someone who fixed computers the first place that came to mind was Computers Plus!!

There is really nothing I can do but sing praises for Computer Plus in Kennesaw and for the Owner Terrance and Dashawn his number #1 employee. They have helped me so many times over the past several years and either fixed my computers or replaced them with great prices. I will be a coustomer as long as they are in business. You will not go wrong I promise.

I had passed Computers Plus of Kennesaw hundreds of times and never once thought about going into the shop until my business computer was attacked by a nasty virus. Being a small business owner, I cannot afford to have my computer out of commission for long. Computer Plus was very understanding of this fact. The staff was able to remove the virus and update my system within 4 business hours without wiping the hard drive. They even gave me some free advice on the proper virus protection for my business system. I could not be happier with the service I received. I highly recommend Computers Plus to all small business owners.

I am writing this review from a laptop I purchased a few days ago. I am beyond thrilled with it! I was so sick of paying high prices for computers that come out of a box store full of junk! So I bought this one (great price!) and loaded my own software. Then when I had a problem with the download, Terrance went above and beyond to fix it. Not only do I recommend Computers Plus for "fixing" computers I recommend people purchase their next computer there too. Thank you so much, and I look forward to buying our next home computer from you!

Excellent customer service at reasonable prices. The staff here is great and very knowledgeable, they definitely helped me understand what was going on with my computer! 2 thumbs up, and I'll continue to come back as long as the service is this good.

Computers Plus + is the greatest thing that has happened to Kennesaw....Everyone is super friendly and will go on and beyond to make sure that you leave a Happy Camper. The review below seems WAY off from what I experienced,this sounds like your laptop was already falling apart. Computers Plus+ will guide you in the right directions I have taken 3 laptops and 2 desktops to them and each time I am Happier then the last. Make sure you tell all of your friends and family about Computers Plus+. I know they do great work off.

This place is awful.

I had a common dell xps problem where my laptop would turn on but my monitor would stay blank. I took my laptop to computers plus and they charged me $120 to do a re-flow of energy. After receiving my laptop back it seemed to be working fine, that is until I tried to listen to music. They had neglected to hook up my speakers! Professionalism at its finest. This warning sign should have turned me away completely, but 5 days later the some problem happened again. Since I had already invested $120 into them I took it back. They did another re-flow for free this time, but once I got home and turned on my laptop I noticed a little bubble in the corner telling my my touch pad and finger print readers were not connected. Once again they neglected to even check to see if they had hooked everything back up, but then it got much worse... Taking it back, for now a third time, was the biggest mistake. I took it back right before class and they said it would be done by the time I was out. I mean come on all they had to do was hook a few things up. It took nearly 5 hours for them to finish it. When I picked it up he told me that my laptop started disintegrating.... Also he did not know why the touch pad and fingerprint reader were not working. The worst part was that he had put clear tape on the outside of my case to hold it together, and then offered me the cheapest mouse I have ever seen because he could not deliver a complete and professional service. They had basically ruined my laptop and created even more problems then I had once I brought it in for them to fix it. The monitor went blank again so I took it back because now I figure they can't mess up anything else. Also I can't afford to buy a new one and with finals coming up I need it now. They call me about 5 days after I bring it in and he says verbatim, "Your laptop is finished. It is time to bury it. How much is your budget?" After they had ruined it they tried to sell me one of their own. When I back in to demand my money back and take my laptop to a competent computer repair service, the technician who had been working on it would not even come out of the back to talk to me. It was 20 minutes before they were about to close and he said he would be finished putting my laptop back together in 30 minutes.

Go somewhere else, they have no idea what they are doing.

And they will not own up to the problems they will create for you.

Josh we try to fix all computers. Some computers can not be fix and we did offer a trade in value towards your computer. When graphic cards have to be reballed it's due to a laptop that over heated. Please never place your laptop on the floor or the bed. The HP dv6000, 2000 and 9000 and dell XPS, d630 have the Nivida chipset that had flaws after 3yrs. The graphic card rises up from the motherboard. The reball/reflow is the only chance.. As laptops are becoming more and more thinner we have to remember that these sophisticated machines have to be given the utmost care and respect. Example.. Computer plus fixes laptop Screens, Iphone, Ipad etc.. We try and educated our customers on Preventive measures of non-recurrence. All we can do is our best and when trying to fix broken electronics. Thank you

This listing has been claimed by a business representative.
Helpful(0)Flag
apple12

I got my Laptop fixed here for a portion of what everyone else in the area wanted to charge me. It was a very professional environment, and the gentlemen that works there was a great help. I have refereed several people to Computers Plus of Kennesaw and I will continue. I know where I'm going Christmas shopping!!!