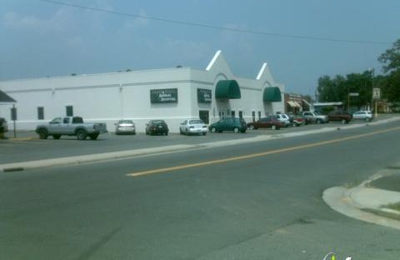 SCAM and neglected my pet. My 8 year old Maltese fell off my 3 ft high bed in the middle of the night. I could tell right away something was wrong. I would be leaving town the following day and planned to leave Riley with a sitter- but wanted to know how to best treat him. Commonwealth is not my regular vet but they were the closest and had an available appointment (I now know why). Dr Shebel was very sweet and listened to my concerns. She ordered x rays- and found that his hip was dislocated- I immediately thought that it could be put back into place- but Dr Shebel immediately recommended me to a 3rd party orthopedic surgeon Dr Hasse. She said I would hear from him in about 48 hours. When I didn't hear from him I called Commonwealth several times and Dr Hasse from my work conference. I heard back from Dr Hasse 6 days later- he called me from the blue tooth of his car- I could barely understand what he was saying- but I did hear the surgery would be upwards of $1000. While waiting for Dr Hasse's call- I sent the ex -rays to a veterinary surgeon friend of mine who is out of the area but has been a vet for 30 years. He said the vet should have immediately put Riley under and put the hip back into place within 24 hours- instead at this point a week later Riley had already developed a 'false joint'- the surgery Dr Hasse was recommending was considered 'salvage surgery'- much like surgery performed on dogs who has been hit by a car- very invasive.

I took Riley to a second local vet and which confirmed my vet friend's diagnoses. It's odd to me that Dr Shebel referred me to a third party vet and that he took so long to respond- long enough that the hip just couldn't be put back into place. This would have been the least invasive procedure for my pet. I can't help to think that there is some kind of money scam here- I KNOW that my dog's health was certainly not the priority. Asking around about Commonwealth after the fact I have heard SOOOO many similar stories. I'm not sure how this place is still in business. If you love your pets find a different vet.

Receptionist was extremely rude. When I asked who the person I needed to speak to for information on the procedure I was going to have on my dog, she said it was her, but then said she had no idea when I asked her questions about it. Then finally after several questions she said, I'll have to pull the chart (Maybe she could have done that 10 minutes ago when I first asked her). Then, because the vet that I had scheduled the surgery with was on maternity, she told me that they would not honor the estimate and had no idea what the price would now be. (Could be anything, the sky's the limit?)

Told me I could make another appointment to bring the dog in and have another vet look at him but would be charged again for the new estimate.

This woman was very rude, sarcastic and reluctant to the term "customer service". I said maybe I need to find another vet, and she said you go right ahead. WAY TO KEEP A CLIENT, LADY!!!!

I WILL NEVER BRING MY DOG TO THIS PLACE AND WOULD HOPE NO ONE ELSE DOES EITHER!!!