General Info
We a very small business, we have been in business for 30 years, we continue to serve all past customers, in which we gain a a lot of New Customers. we do not advertise a lot, because all of all customers are word of mouth. we have kept our over head low, so that we can offer the savings to our customers. we have lots of referrals. I guess we ours satisfaction is to make that we have happy content customer at the end, and establish a long happy friendship with our customers.
Hours
Regular Hours
Extra Phones 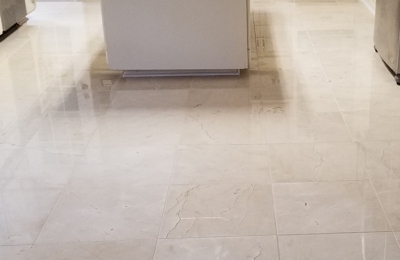 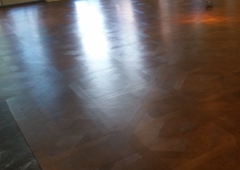 I would honestly review Al Michaels in negative stars if it were possible. I hired this company for floor installation in my home a few weeks ago. When they arrived, the men who were to do the installation had to basically be supervised the entire time they were working. I don't know where these men learned how to install flooring but I basically had to watch them the entire time otherwise they would have continued with their sloppy work and not have done what I had asked. In addition, they left before the job was done. I paid them for the job they had quoted for, two rooms for floor installation, and they did not finish the job. When I called to reschedule, they said that they would not, and that they would charge me a second time to complete the job that I had originally paid them to do. I would not recommend this company. I suggest prospective clients look elsewhere for flooring installation needs. Their representatives have been rude, uncooperative, and downright unprofessional. I completely regret spending one penny for this company's services. Please save yourself the time and headache and go to a different company.

TL:DR This company is terrible and I would not recommend them to anyone.

These guys were great! I originally selected them after making several calls due to their very reasonable prices. I scheduled a date, but then had to call back and push it out a week because I had inadvertently overbooked myself. They had. I problem at all changing my appointment. Today was the day and they were prompt and efficient and my carpets look so much better!
Alfred came out and he was so professional and pleasant, he really just made my day. I will definitely be calling them again!

I give Al Michael a 5 star rating. I had some damaged hardwood that I needed a few board replaced. I called and he came out the next day and provided a fair estimate and arranged for the repair to be completed the next day. His crew was polite and professional and did a great job replacing the boards and cleaned up afterwards. I'd recommend them for your flooring needs.

Replaced 6 damaged floor boards in the middle of our hardwood floors. Everything looks perfect. Could not be happier with the final product.

I would definitely recommend AlMichaels for your carpet cleaning needs. Sweetest guy ever came out, and cleaned our whole house. Did an excellent job! In one room, my daughters cat had left orange hairball throw up stains, that I really didn't think were gonna come out. No problem for him! Got the stains right out. He also had such quick service, after I had called and called multiple places, and he was very reasonably priced!!! Will definitely give him my business again! Thank you so much!!!!!

We used Al Michael's to do a hardwood floor repair. We had been trying to find someone to repair the floor for weeks, but floor companies will not typically come out for a small repair -- you have to wait until you can be "worked-in." Even the company that installed the floor could not come out. Al Michaels was here within 3 days of my call. Al is wonderful to work with. His employee who did the repair was prompt, courteous, and talented. There is no evidence that a repair was every done -- the floor looks PERFECT!!! Thank you Al.

We had Al Michael's do a repair to our wood floors due to some water damage from year's ago. It was a small area (about 5x5) and when other companies said it was not a big enough job, Al came out the next day to give me a quote. The price was great and his crew came out a few days later to do the work. Looks good as new. I would highly recommend these guys for anyone needing wood floor repairs.

I had Al Michael's service first time last fall, and he did an excellent job cleaning the apartment, very patient listening to the concerns on areas that needs to be focused on. The hot steam and high pressure vacuum machine cleans well, leaving the room a fresh feel.

I just had his service again this month after some ants problems and pest control, to sanitize the floors. He cleaned all the edges and even the kitchen and bathroom vinyl floor with no extra charge. Really listened to customer's concerns and did all the special comers and edges as requested. Best carpet cleaning service and reasonable price.

I've been using Al Michael's services for a few years now. I manage several rental properties and he's always been the most professional and provides quality work at good prices.. No other competition really! I also used him for a flooring install at my own home! Great work! highly recommended!

Alfred replied to my call the same day and applied a lacquer coating to some worn floors in a rental property. Whilst the lacquer does not hide the terrible marks and deep bruising my Tenant made to areas, the rest of floors look fantastic and are now protected. The price charged was fair and the customer service provided by Alfred was excellent.

I will give the carpet cleaning side of their Business a try next.

01/08/2014 Ernest G - ALMichaels completed a job that consisted of: fresh paint for the entire house (3400 sqft), installed wooden flrs, new carpet, tile work & laminate. Excellent work, professional respectful, conscientious, with great Customer Service. Al understands every aspect of flooring and in my opinion simply "the Best in-town." Fair price which explains why he has been in business for 30 years. Want more info contact me: ernestgar1@yahoo.com

I have an OLD carpet and a urinary challanged dog...thank you Al for doing a wonderful job! My house smells like new and the carpet looks great!

Almichaels is my new BFF. My carpets look new and feel so fresh. He was punctual, friendly, courteous, and reasonably-priced. It didn't take him long, and I was amazed at the wonderful job he did. I'll stick with the best from now on. Thank you so much!

I don't know what to say except that I was having a rough week and I was not looking forward to having my carpets cleaned. From the minute Al arrived to the time he left, I felt my burdens being lifted. Not only did he do a remarkable job on my floors but his professionalism and human touch made for a pleasant experience. He is a rare Austin gem that is efficient and fair in his pricing. I will never go back to using the franchise cleaners nor doing it myself as his prices are very reasonable. God bless you Al.

I will be using this company for any carpet/upholstery cleaning needs I have!! They were prompt, very friendly, affordable and best of all my couch and carpets look AMAZING! With 2 dogs and 3 kids that's no small feat.

Thanks so much Al Michaels.

I LOVE THIS COMPANY!! Al came to take care of the carpet that my son was in for a year. Al gave me a fair price but what sets him apart from any other company I have worked with is his work ethic, personal beliefs and great customer service. Al had all the equipment with him to reach a 3rd floor apartment that was on the opposite side of the parking lot. Al also helped me rope in the final load that we had to be out on the day the lease expired. Al was on time and just a wonderful man. I would give him a rating of 1 million if it would let me. Thanks again, Al.

Al Michael's did a spectacular job cleaning my carpets! I am truly amazed! I bought a home and was ready to rip out the carpet; the carpets looked so old and dirty all throughout the house. My plan was to just get the carpets cleaned so I could tolerate them until I could choose new flooring. I had no idea that Al would be able to revive the carpets. But, he did an incredible job throughout the house including the staircase. Even better, his pricing was far below anyone else I called. Plus, I found out that the company not only does carpet but they are also experts at all types of flooring. The best part of the day, though, was just talking with Al afterwards; I feel I have a new friend; someone I can trust to get a job done right and to be fair and honest.

They did a great job on a hardwood repair job that we needed done. We have great floors and no one wanted take our small repair job, but these guys were willing to take the job and the area looks great. I will remember them when I need to replace a floor and recommend them when I know someone who is looking to put in new floors. They were timely and professional.

This company does outstanding work and has amazing customer service. I had wood floors installed and they did a wonderful job and were very customer service oriented. I would not hesitate to recommend them to anyone I know. ElaineK

Almichaels installs flooring. They have incredible customer service and helped with a problem with my rent house. Another carpet cleaning company (I’ll never use them again!) used a degreasing solvent to clean the bedroom carpets, making the house uninhabitable due to horrible chemical fumes. I had the carpet removed, but needed new flooring fast so that my tenant could occupy the property. Almichaels answered their phone at 8:00 p.m. on a Thursday evening and was at the house before 8:30 a.m. the next day. We settled on a moderately-priced laminate and the floor was installed by 1:30 p.m. the following Monday. They did a great job cleaning up. The floor is beautiful and my tenant was able to occupy the unit on Wednesday. Responsive! Fast! Professional! I will use Almichaels the next time I need flooring and would recommend them to anyone needing a laminate floor.