Our Mission: To inspire creativity, critical thinking, character and leadership in every student.

Our Vision: To ignite an educational revolution, which prepares each student, to become the best critical thinkers and leaders of their generation.

School and Camps and Afterschool 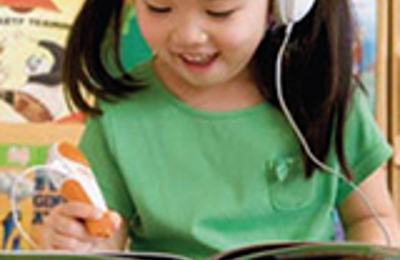 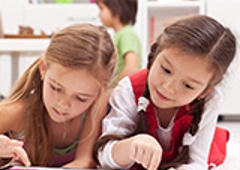 We chose Cranium Academy to send our three year old for August 2015, and she was registered in January 2015. She was very excited and ecstatic to start school, and went school shopping for the first time and was counting down the days to start. In the summer she was rushed to the emergency room because of unusual swelling. Unfortunately, she was diagnosed with an auto-immune disease in May 2015 and was in remission. In August, for the first day of school, she had a relapse and was hospitalized for over 8 days, the doctors said that even if she's in remission, she will not be able to go to school for the entire year AT LEAST.

I immediately called the school the next morning and explained the circumstances to them and explained what my daughter was going through and how she's in the hospital, and she will be able to attend school at all for the entire school year. They told me they charged one month tuition, which was $590 and the registration fee for $280. I pleaded with them and asked for the tuition to be refunded since my daughter did not even attend school for ONE day, or even set foot in her classroom. So here we are, with Cranium Academy collected $820 from us, and my daughter NEVER ATTENDED their school. Not even a negotiation was made for half of the tuition. To collect over $800 from a family with a hospitalized three year old is very immoral.

The director of the school told me there was nothing they can do and no refund can be given. We pleaded with the director and explained the situation over and over, and she told us that's their policy and they can not refund the tuition. Here's a school that is money hungry, only cares for the tuition to be paid, even if the student/child has an auto immune disease and can not be around children. They had no remorse, consideration, or sympathy for our situation.

When we attended the open school a week before school started, they form classrooms in the hallways with temporary walls in order to provide more classrooms. These "classrooms" were not even secure with four walls.

The only responded we received was if our daughter enrolled next year, the registration fee would roll over. If you guys had no remorse for my daughter, why would I even consider having her apart of Cranium Academy. If you want to send your child to a school that does not care for the well being of that child, and only cares about receiving your tuition money every month, this would be the school.

We have had our son at Cranium since 2010 and our second son started in 2014. Our fist son was non-verbal at 3 years old and even though he was making great strides he still was unable to communicate with words, he did however use sign language fluently. While looking for preschools our first concern was how the teacher would communicate with our son. We choose Cranium due to it being one of the few schools to offer a curriculum including sign langauge. Our son thrived in his class and was able to learn more signs to help him communicate. He is now a very talkative and sweet child who will be attending Cranium again next year for first grade. Cranium is not only a wonderful school with amazing teachers, it is a second home for our boys and a second family for us! I can't imagine entrusting my childrens education or life with any other school. If you want an exceptional education for your child Cranium Academy is the place to go!!!

The staff is incredible, the facility is well designed and the curriculum is very creative! They utilize new technology and tailor the lessons to each student. Our sons reading and math skills are a full year ahead for his age. Not only do they focus on academics (in which the curriculum is accelerated), but they also nurture and promote character. This truly is a wonderful and positive environment for our son. Knowing our child is safe and in caring hands is priceless. This is why we kept him enrolled for elementary school!

Our kids have been going to Cranium Academy for almost a year now. We can not believe how much they love going to the school each and every day. My friends who have not moved their kids over to Cranium yet keep complaining about the other schools they are at. I signed up for next year already and it appears they are going to move their kids over too. We also had a Birthday Party at Cranium last month and it was once again outstanding (shocker :-)). Thanks to the management and staff at Cranium Clubhouse and Cranium Academy for giving my kids such a tremendous early education.