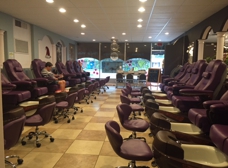 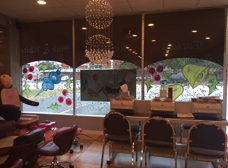 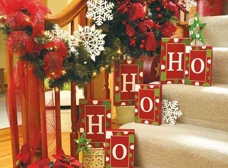 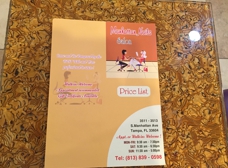 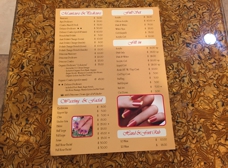 I and my friend come to Manhattan Nail Salon for the first time after recommeded by a co worker.
Great service
extremly clean
Diligent and precise! They really took the time to make sure it was nothing but perfection.

Extremely cleanliness and sanitation . The Manhattan Nail Salon is one of the best salon in Tampa , FL . Strongly recommended for tourists!

Love this spot! I've been coming here for quite some time now and it's never a disappointment! Super meticulous and clean. The salon doesn't smell like crazy fumes! These guys are beyond amazing!

I love getting mani pedi here.. No matter who I get, it's always great! Today it was Kan and she made my holiday Spook-tacular with a skeleton happy face on one nail on each hand!

That one-star review above was obviously written by a rival nail service. Disregard it. Manhattan Nails does a very good job, their work lasts, looks professional, and the women working here will try their best to get you in and out in good time. I started out there with a coupon and have been a steady customer since!

I went in to Manhattan Nail Salon on a recommendation from my step mom. She had been there before and really enjoyed it but had never had a shellac manicure there. It was my first shellac manicure so I didn't really know what to expect but I had seen them on other people and really love it. I was SO disappointed in the manicure and the atmosphere. The chairs were ripped, paint peeling on the walls- the place just looked messy and cluttered. As for my manicure, it looked like an 8 year old did it. The paint was uneven, my cuticles were haggard and on some spots the paint was all over the skin AROUND my nails. At first I didn't think it was that bad and figured I could deal with it but then I went outside into the light. It looked terrible and the polish was going to last for 2 weeks! I went back in and asked for my money back but the guy said there was no one in that could make that decision and they could only give me a gift card or re-do it . I ended up taking the gift card (I'll give it to my step mom) and going over to Shellac Nails on Dale Mabry across from Plant HS. They salvaged my nails after a LOT of hard work. They were appalled at the condition of my nails and it took over an hour to soak the polish out of wayyyy up under my cuticles where Manhattan had shoved it. They are beautiful now but with no thanks to Manhattan Nail Salon.

They get the job done right and they get it done fast. Very cheap and the polish lasts a long time. I've got two dogs and type all day at work; the last time I got my nails done here, the polish on my fingers lasted about 3 weeks. The only reason I removed the polish is because my nails had grown and there was a decent sized crescent between the polish and my cuticle.