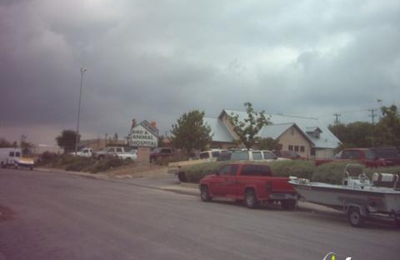 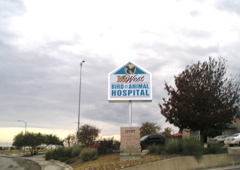 They just helped my cat to come to Japan. There were all the complicated paper works that needed to be done. Dr. Powers and the great staff did everything for us.
I have known the vet for almost 10 years. I have been going to Dr. Powers for my dog and cat since they are babies. She and her staff always have been professional and caring. I highly recommend Ten West Bird?Animal Hospital. I think they are the best!!

Dr. Powers has been treating my dogs for the past 6 years. She and her staff have been very professional and up front with cost and treatment of my pets. I just recently had to put down my dog Tabitha who was 14 - 15 years old and it was the best experience ever know that she was going to be out of pain. Dr. Powers talked me and my family through the whole process and upon leaving the office, the staff advised me that they would call me when my dogs remains were back and that I could settle the bill at that time. This was great. Who wants to worry about a bill when you have just lost your best friend. I don't care what anyone says about the staff or Dr. Powers, I feel she is an awesome doctor and I would and will continue to have my best treated with her.
Thank you Dr. Powers and staff. We love you!

I've been going to Dr. Powers for many years and have always been pleased with how she and her staff treated me and my animals.
The staff is super friendly and helpful!

I got a German Shepherd puppy a year ago. Dr. Powers and her staff are the BEST! They are always available to help me, answer any questions and take the excellant care of my dog.

I highly recommend 10 West Bird and Animal Hospital the staff and Dr. Powers love their patients. They take pride in what they do and always eager to answer and help me in any way possible!!!!

I have trusted 10 West Bird and Animal Hospital for care to my 3 dogs and 2 birds for 15 years now. Dr. Powers has been knowledgeable, honest, and caring. Her staff has been fantastic with any of my concerns and worries as well as with the care of my pets.

They call the next day after an office visit to check up on my pet's well being. Excellent care. I only wish my health care was this good.

I highly recommend Dr. Powers and her staff.

DO NOT, I repeat, DO NOT, take your animals to this vet. Dr. Powers is a quack!!!!!! She misdiagnosed my dog not once but 3 times. My dog was sick and as a result infecting other dogs and people. I ended up taking my dog to another vet and right away he was in shock at the poor care I had received from Dr. Powers. Everything she did was Wrong, the testing, treatment, diagnosis, everything. And as if that wasn't bad enough my dog had a hernia and I was told it was her sternum. My dog needed surgery and would have died had I not got her proper medical treatment. When I went in to talk to Dr. Powers her staff threw me out!!! She shouldn't even be allowed to practice!!

I don't recommend this vet. Two of my birds died and they could not be saved, one of the staff members there does euthenasia I never allowed that to be done to my parakeet.Also,sometimes people that work there call patients ""hey you"" I find it very unprofessional. Do go to other places where your pets can be cured.

I am new to Ten West but not to vet clinics by any means. I was calling around to find an animal hospital that was familiar with and could treat Rats. The doctor and staff were so helpful and kind. They are reasonably priced, very knowledgeable and compassionate. I never write reviews ... but when you receive superb service it's worth noting and sharing!

Dr. Powers and her staff have always been wonderful to our dog and our family. After treatments, the staff always followed up the next day to check on our dog. And our dog was comfortable during check-ups and boarding. After 10 years, our dog passed away, and Dr. Powers was certainly supportive during that time as well. Thanks

After looking around online for a vet clinic, I decided to go here because of the review I found and because of a picture I saw of one of the exam rooms. The room looked so much more comfortable than other clinics I have visited, and my cat was very ill, so I wanted him to be as comfy as possible. It was very easy to schedule an appointment and they close later than most vet clinics do. The prices are reasonable and the service is superb. The staff was very friendly and personable- they knew me and my cat by name after just the first visit! Dr. Powers is also very friendly and very knowledgeable. Throughout a difficult time I was having, she was very honest yet sensitive to the situation. I couldn't have asked for anything better in my pet's time of need. I highly recommend Ten West!

I brought my cat in to get his shots updated. The staff was very warm, the atmosphere was very calming. It's very family friendly, there were children and pets everywhere, the staff was very nice, the doctor got us in, did an exam, boosted all my cat's shots, suggested some good food for my cat, and got us out. The prices are fair and they don't try to push unnecessary exams or shots or tests on you. I love this place.

very helpful and friendly staff very reasonable cost. clean odor free. animals treated well able to tour facility.called to follow up on Jacks condition after her surgery. gave me meds for my other cats and i was unable to get them to take it, so they will help me if i come by.

I brought my cat to Ten West mainly because it was recommended here on citysearch, it was close to my Aunt's house I was staying at, and it was open late enough 7pm. Two days later I went to pick Tasha my fiesty calico up at 7am, and she was throwing a fit. She was hissing, spitting, screaming at the top of her lungs as she has done on occasional visits to the vet. The tech that was attempting to help get her into her pet carrier was being a real trooper. I was so embarassed by my cat overreacting, but the tech made it less awkward and eventually, 45 minutes later, we got my cat into her carrier. I highly recommend this animal hospital simply on the frendliness of the staff and how helpful they are.

I moved here from Austin over a year ago. In Austin I couldn't find a decent Ferret doctor anywhere in town. When I moved here I found doctors Powers and Halberg on accident. They were the friendliest vets I had ever met. I wish Bandit and I had found them sooner. Now I have a puppy and I would never trust my pets to anyone else. Thank you Dr. Halberg and Dr. Powers!