Gentle Breeze Dental has not yet specified accepted insurance plans.

Gentle Breeze Dental has not yet specified any specialties. 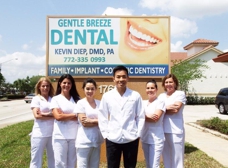 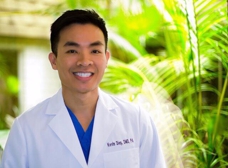 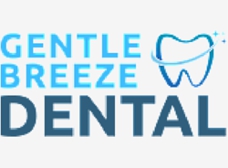 The staff is very friendly; however they are not as professional as I thought. At the beginning of the year Kevin Diep recommended to remove the molar and perform an implant or a bridge because my tooth was so damaged that it could not be done root canal in this one. I believed him because he seemed very honest. I did not remove the tooth because I was hoping to collect the money. Last week my husband went to the doctor's office and to my surprise the same thing happened, the Dentist recommended to remove his molar and make an implant or a bridge. Exactly the same thing he told me before. I found it very strange but my husband believed in the "story" and he accepted that he would remove the tooth to perform the implant later; the cost of the implant was $ 3590. When my husband asked for the tooth removed as a souvenir Kevin Diep, DMD said it was prohibited by law.
Very disillusioned we went to another dentist for a second opinion, and this was what we were told, in modern medicine always or almost always there is possible perform a root canal, the ethics of dentists is always or should always be, save our Own teeth. It does not matter if the tooth is torn from the outside, the root canal is made with the root of our own tooth, this is an economical and safe alternative. For this reason I find out more thoroughly and for some reason Kevin Diep DMD, do not perform root canal, then as solution offers implant because he probably receives a monetary commission by this procedure. I am very disappointed because my husband lost his tooth and this will cost us twice as much money to replace it.
If something similar happened to you in this office, you should denounce because this lack of ethics is not possible.
My tooth that he told me before, that it was not possible to perform a root canal, it will be treated now by another dentist as root canal for $799. Big difference !!

Called Dr. Diep's office when experiencing pain in a tooth. Not only did they get me in right away but the price was spot on (I don't have insurance). The doctor, hygienists & staff all excelled at making me feel right at home. I am very pleased with Dr. Diep's for he was extremely gentle, truly cared & awesome to be around. I highly recommend him for all your dental needs. I know I will be going back (when needed). Both he & his staff are A+++++

Dr Diep is not only an amazing dentist but a great person. He's honest, caring, great sense of humor and does phenomenal work. I know this from personally working with him for 10 years and witnessing all of this first hand. There's a lot of dentist I would NEVER recommend, however he is definitely not one. Highly recommended!

Dr. Diep at Gentle Breeze Dental is just great :) I am a nervous wreck about the dentist and let my mouth go for quite a long time and needed a laundry list of things done to bring me back to the best mouth possible. I waited to write a review. I had my third appointment today. I can say with confidence he is one of the best dentist I have gone to in 41 years. (had fillings and a crown done today) He is kind, gentle and honest. I know when you have a list of things to be done in your mouth it only takes one bad experience to make you put it off and ignore your mouth even longer, making things worse. I wish he was my dentist 20 years ago. (his staff is also down to earth and super nice!) Thank you to everyone there!

I have had the pleasure of going to Dr Diep's office, His staff is very friendly and go out of their way to help you. Dr Diep has a very gentle hand , and is passionate about his work. Anyone would enjoy seeing him & his staff. Great dentitsry!

I Highly Recommed Dr Kevin Diep, and his Staff They have a new office with brand new State of The art dental equipment. Dr, Diep did a Great Job of extracting a difficult Tooth that i had. Make an appointment you will not be disappointed. Dr, Diep, is a amazing Person and the best Dentist around,