Our Goal is Your 100% Satisfaction 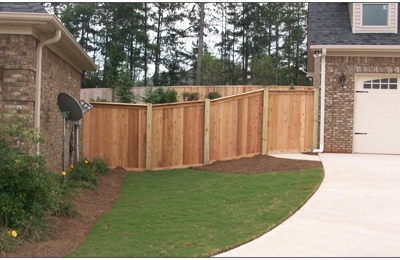 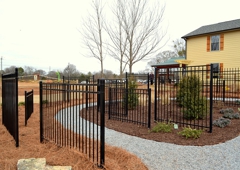 I had natural Enclosures install a fence for me in September of 2013. The Reps Name was Tim. They gave me a great price on a shadow box fence.
Once we moved forward to start the project I noticed it was hard to contact Tim and he was not returning phone calls to give a start date or to keep me generally informed. finally when we connected and got underway the two men that showed to do the job started by scratching up my driveway with their trailer. Then the tool for digging broke and they had to go to home depot, followed by them running out of wood. They left and came back the following day with more wood and finally finished. When the job was completed the fence looked good. but a month later I saw cracking in the wood and one of the posts was starting to bend a slight bit. I Called NE and reported it and they said I should have had it stained or painted it to protect it which I had plan to do but not 30 days after being built. They wouldn't even come out to look. I called to speak to the owner and he didn't even call me back. What poor customer service. when I called two other fence companies and a lumber yard they said the wood should not have started cracking that fast especially if there was no rain. They said they may have gotten a bad batch of wood..
whatever the case I wish I had taken my business elsewhere, and will not recommend this company. M.Ricks

My fence project is a steel fence with (8) brick pillars. Natural Enclosures Fence Co came highly recommended as the company that could provide a reasonable price, excellent customer service, excellent workmanship during installation and would complete the project on time. The installers used quality brick and steel to complete the project which was at a reasonable price. The installers took pride in their work. My completed fence project looks great. I have received applause and praising comments from the neighborhood about my new fence. I would highly recommend to anyone considering a fencing project to consult the salespersons at Natural Enclosures Fence Company for your needs. You want be disappointed with the end results. Thanks Natural Enclosures Fence Company for a professional job well done.

Natural Enclosures Fencing is a community minded business that is very active in our area. They provide top of the line products and exceptional customer service.