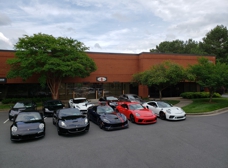 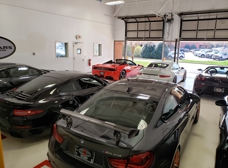 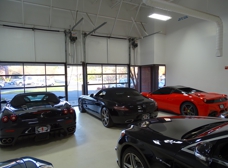 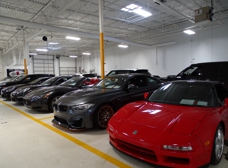 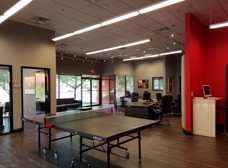 The best experience I have ever had buying a car. First of all, it felt like I was getting an exclusive preview of somebody's private collection of luxury and exotic cars. Matt was awesome, knowledgeable, super friendly, trustworthy and honest! Not the assumed qualities I have come to associate with people trying to sell me a car. None of the usual patter, an absolute pleasure. I will only buy cars from Matt at TeamOne from this point on and he does have some amazing cars! A unique experience that I shall enjoy again. You cannot go wrong with Team One!

Spencer and Matt were Awesome. My husband and I have purchased many cars over the years and this has been one of easiest and stress- free experiences, we've ever had. We live 4 hours away from the dealership: everything was completed in an hour and we were on our way home. The car is beautiful. We would definitely buy another car from this GREAT TEAM. Thank you so much, for my (Girly Car).

I was referred to Team One Motorcars by a coworker who has purchased more than one car from the dealership before. I was looking to trade in my Yukon Denali XL for a Range Rover Sport Supercharged. I worked with Matt who was extremely knowledgeable and professional. He gave me a great price for my trade in and got me approved for financing within 30 minutes. The transaction was so quick and easy! I absolutely LOVE my new Range Rover! I took it to Land Rover the following day for an inspection. They confirmed that the car is in perfect condition. I would highly recommend Team One to anyone looking for a car in the Atlanta area. A+ experience! Thank you Team One Motorcars!

On August 10, 2018 I bought 2013 Audi Q7 at this dealership. When I got home that evening and reviewed the sales contract I've noticed discrepancy - mileage on the car was about 900 miles above of what was listed in sales order. The next day I've also noticed that a separate $99 title charge was listed on the buyers order, in addition to the highly inflated $599 dealer documentation charge. I notified the salesperson - Spencer, and the sales documentation was re-printed with the correct mileage and backdated, but the title fee was nor refunded even, though, the title transfer charge in GA is $18.

The more serious problem came about 24 hours later, when I discovered that the car that was advertised as being in the excellent condition exhibited a major engine malfunction, requiring about $4000 repair. I notified the dealership and was told by an employee, Matt, not to worry, that we will take care of you. When I arrived to the dealership later that day for a resolution of the issue, a salesperson, Spencer, told me that the dealership will not pay for any of the required repairs.

While it is true, I bought a used car, sold as is, one would not expect a $28k car that's described as being in excellent condition to breakdown within 48 hours of purchase. This dealership is clearly engaged in customers' deception by concealing the problems to entice customers to buy their cars.

In addition, the salesperson, Spencer, is incompetent. His only function during the sales process was to properly prepare the documents. He had no authority, nor the skills for sales negotiations, nor could he competently demonstrate the car or had any knowledge about the product he was selling. And even the documents were not prepared properly which necessitated my return to the dealership the next day.
Overall, the dealership is engaged in deceptive and unethical business practices.

One of my favorite cars i may buy real soon they called me back and thats a plus!!

Great cars at a great price and excellent service

Matt and Spencer!! I can't say enough good things about these 2 gentlemen....I was looking to purchase a 2016 Cadillac CTS V.....my search process was ongoing for 2 months....Thank God for Team One Motorcars!!! They greeted me with open arms, help me select the right car, allowed me to test drive unconditionally....and got me the perfect financing....I will only buy from them in the future....period end of story....if you want a great buying experience....Team One Motorcars is the place!!!

Asked for pictures and they were sent promptly, great customer service!

Very good experience there everyone was friendly.

From top to bottom, a great group of people. I found the experience to be pleasant.

The dealership responded quickly and provided exactly the information I had asked for. Unfortunately the car turned out to be not exactly what I was looking for, so there was no transaction, but Team One Motorcars was very responsive and very helpful.

Erik did an excellent job the minute we walked into the dealership. Never felt pressured one bit. Made the entire process go so smoothly. The best car buying experience I've ever had. The entire staff was great. I would highly recommend this business and Erik to anyone looking for a luxury car. Relaxed atmosphere and will definitely be back again. Love the Volvo!

Pleasant experience. They made adjustments to close the deal and make me happy

Great dealership. Fast response, answered all my questions, had the car ready for a test drive and have been nothing but helpful. Matt and his crew are good to go. At this point I'm still trying to sort out financing for the car I want but I watched a buyer while I was in the office and the process was seamless. Two thumbs up.

They stayed firm to their asking price but gave me a fair trade-in allowance. As always buyers should always perform a prepurchase inspection. No used car is in 100% mechanical excellent condition.

I bought a lemon. Eric talked me through my nervousness buying a sports car - said it was a great deal. I actually had to spend $3000+ to fix the issues after I drove away. Eric was aware of some of the issues and told me they were minor, not to worry about them. He even said if there was something wrong, he would do the right thing. He said he was honorable. For him, that means get the sale and not return calls.

Did not make a purchase but would do business here again