Outdoor Adventures and Wilderness Education for All Ages and Abilities 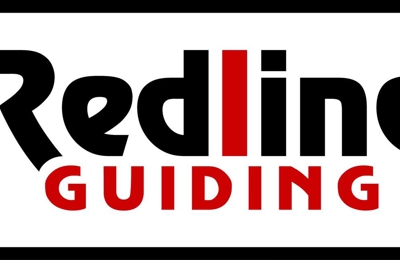 Mike did a virtual Wilderness Navigation class - it was extremely helpful, and being a math geek I really enjoyed working out the examples. Being fairly new to hiking, I have a lot of practicing to do, but I am excited to start experimenting with my new skills. I still want to take the 'hands on' class when the time comes again - nothing beats in person! Thank you Mike and great to 'meet' my classmates!

I had a great day learning map/compass/wilderness navigation skills with Mike. The course included classroom time, outdoor time and a bushwhacking experience. He’s the only instructor that actually taught me the material in such a way that I totally understood it from a big picture perspective as well as the very detailed (and accurate) numbers on the compass perspective. The day just flew by. I totally felt in the zone the whole day which was perfect for learning. I recommend this course highly!

While I am a very experienced White Mountain hiker and have done a bit of scrambling, I am deathly afraid of heights, so, of course, hiking the Huntington Ravine Trail became my obsession, my White Whale. I had myself convinced I was not capable of doing it. But Ken Hodges of Redline Guiding got me up and over the HRT with such skill that I remained absolutely calm as if gravity did not exist. Knowing that he had my back was really all I needed. If you are looking for a competent, friendly and supportive guide to get you safely through an adventure in the mountains of the NE look no further than Redline Guiding. These folks are wonderful.

We are avid White Mountain hikers, but we decided this trail merited a guide based on the level of difficulty. It was a great decision. Ken's familiarity with the trail gave us the extra confidence we needed on such a difficult hike. He helped us maneuver around the most challenging areas, giving us suggestions of how to get up and where to use hand and footholds. He was sensitive to areas in which we might need an extra foot boost or backpack hold and was always ready to help. I highly recommend Redline Guiding for your most challenging hikes!

This was my first time hiking in NH and I'm so thankful we had Mike from Redline Guiding with us to lead the way! Our group had a great experience and I personally enjoyed learning details about the trails and historical features. Thank YOU for an amazing hike Mike Cherim. I will definitely be back!!

I contacted Redline Guiding to guide me in my attempt to reach the summit of Mt. Washington during the winter season.
I spoke with Mike Cherim over the phone and went on the mountain with Ken Hodges. I met both of them on the day before heading out.
They did a great job advising me on choice of gear (I brought my own, even though they have all the gear available). Also, the route that was chosen was exactly what I was hoping for. Great views, consistent and direct.
The hike itself was nothing short of great. It felt like hiking with a friend, not with an instructor. Ken was even willing to extend the round trip past the sunset (after confirming that I had a headlamp).
I am going to try for the summit again next winter season, and so far Ken was extremely helpful in answering my questions from his experience as to how I should prepare, physically, or gear-wise. And the follow-up with pictures that I received by e-mail a few days after was a great touch, I did not expect it and was very pleasantly surprised.
I had a great time during that trip and would gladly recommend Redline Guiding to anyone.

Highly recommended. I am happy I went with Redline over the other bigger guiding companies.These guys were great.

What a great group of instructors! I had so much fun learning with this group! Very informative and fun!

I've hiked up Mount Washington twice guided by Mike Cherim. Both times were a great experience. Not only does he do his best to get you up and down safely, he makes sure you're having a good time while doing it.
Mike's passion for the outdoors shines through, illuminating many aspects of the experience. He's eager to share his knowledge, point out interesting features in nature, and quick with jokes.
I would hire them again in the future without hesitation.

I've taken the two day wilderness navigation course with Mike and would highly recommend it.Mike's is a great teacher and a wealth of information and experience.

I did my first session with Mike at Redline Friday 12/30, 1/2 Day Mountaineering. It was amazing! Mike is an outstanding guide/teacher. I couldn't believe how much we covered in a 1/2 day session. The location was spectacular. As soon as I got home I schedule my next session, Wilderness Navigation. Highly recommend!