General Info
Houston Authorized Repair Service provides washer repair, dryer repair, refrigerator repair. We also do oven repair, stove/cooktop repair and range repair, ice maker repair, freezer repair, dishwasher repair. It is rather simple, just call our friendly operators. We shall come out and diagnose your problem. We are ready to give you the requirement of free service concerning restoration to help you to judge our competence concerning your requirements of the restoration of the device. We provide the same day service of all brands which you have if it's Sub-Zero, Thermador, Wolf, Viking. Our work is 100% guaranteed. If it doesn't work, you aren't obliged to pay during customer service and to note our service according to our five-star ratings. Call us now and you will be satisfied you did it.
Hours
Regular Hours
Payment method
amex, cash, check, all major credit cards, paypal, debit, discover, master card, visa
Neighborhoods
Briarforest, Lakeside Venture, Westside
Other Link 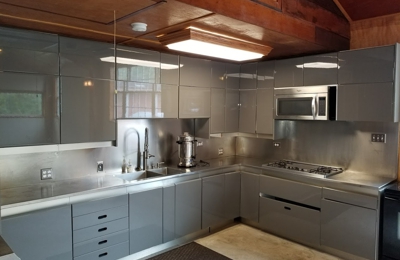 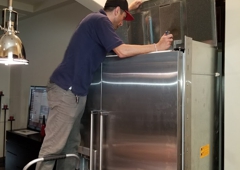 I have been pretty happy with my KitchenAid - 24" Tall Tub Built-In Dishwasher. I purchased it a couple of years ago and I have been pleased with its performance. I had an old Sears dishwasher for years and it did not do a very good job. It was not a bad appliance; it was just way past its prime. My New KitchenAid Dishwasher is very modern and it does a great job on the dishes. The other day I was very upset to see a line of water coming out from under the dishwasher. I immediately called up Houston Authorized Repair and had them send out a technician. In the meantime I had to pull the dishwasher out and clean up all of the water. The technician Victor showed up the next day and after examining the appliance he told me that I blew a gasket in the back where the drain hose is. He said he thought he might have one on the truck, and sure enough he did. The entire visit was over quick and cost me hardly anything. I was really impressed by how fast they had my dishwasher back up and running for such a reasonable price. I will be recommending Houston Authorized Repair to all of my friends and family.

We used this company when our Monogram Refrigerator quit working last fall. We have kids and our refrigerator is packed to the brim always, so having a broken refrigerator in mid fall in Houston is not ideal. We called several companies before we came across Houston Authorized Repair. I could not believe it when they said that they could have a technician at our house the next day. The technician Phillip showed up at 2:00, right on time, and it was not long before he discovered what was wrong with the refrigerator. He had the part we needed on the truck with him, and he had our refrigerator back up and running in under 24 hours. We hardly lost any of the food. I could not believe it. What a great company. I will definitely be using them again in the future. They really saved our bacon this time, and I mean that literally, we had just bought some bacon, and thanks to them we did not have to throw it out.

We only use Thermador appliance in our kitchen. We have been using them exclusively for years. I have always been very happy with our Thermador appliances, but we have not always been happy with Thermador’s repair service. We have had problems in the past with not being able to get an appointment for weeks at a time, and when things are not covered by warranty the repair fees from Thermador are outrageous. So when our 36 Inch Professional Series Convection Warming Drawer started acting up, and throwing up error codes. I decided to call Houston Authorized Repair. I have used them in the past. They are always really great about getting you an appointment fast, and they are really reasonable. My wife and I were going to be entertaining company on the weekend, and having the warming drawers working would be very helpful. My wife Susan called them up and got us an appointment for Wednesday. The Technician Victor arrived on time, and looked at the unit. He told us he could fix it but we would need to replace the control panel. He came back Friday afternoon with the part, and had our warming drawers up and running in time for the weekend. I am so happy we called Houston Authorized Repair. I do not believe that any other repair company would have had our Warming Drawers ready in time for our company.

We made the huge mistake of buying an LG SIGNATURE 31 cu. ft. Insta-View Door-in-Door Refrigerator. This Refrigerator is a big lemon. The wheels have broken on one of our vegetable drawers. Cost a fortune to replace, I might add. The next problem we had, which occurred right after our warranty ran out we began receiving Error IF every couple of months. This means the ice maker fan is frozen (AGAIN).This happened twice in a week. Both times forced us to empty out the contents of the refrigerator and move the food to the refrigerator in the guest house. What a pain in the rear. I would replace the ice fan assembly but that part is no longer available and there is no replacement part according to LG. I was ready to get rid of the darn refrigerator when my friend Dave recommended I try giving Houston Authorized Repair a try. He told me that they had been in business for a while, and that their technicians really knew what they were doing. I figured why not if they can this stupid LG refrigerator to last for a couple more years, maybe I can at least get my money’s worth out of this lemon. I called them up and explained my problem and they said that they should be able to fix it. They sent out an older guy name Ricardo. He seemed like one of those guys who have been fixing appliances forever. He took a look at our fridge said that he could fix it with parts he had with him. I told him I was surprised he had the part since LG said that they had quit making them. He explained to me that there are companies online where I could find a fan that worked for my appliance for a fraction of what LG wanted for the same part. ( if they even had the part, which they did not.) Not only did he fix my Refrigerator for a really reasonable price, but he showed me how to maintenance my fridge so that fan would not burn out as fast. I was really impressed by the entire consumer experience. From start to Finish Houston Authorized Repair and Ricardo did a wonderful job fixing out refrigerator, and they did it for a very reasonable price. I would recommend this company to anyone who needed their appliance fixed.