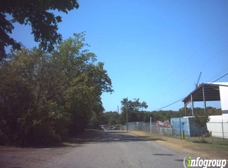 we had a large pecan tree in our backyard fall onto our neighbors house on may 12. it punctured her roof in several places and needed to be removed quickly as it looked like it was about to rain again.

we called several tree services who told us it would be several days to a week before they could do it. j davis was here in 10-15 minutes, wrote up the estimate, and after i signed it, a crew arrived with another 10-15 minutes. they had the job done in a few hours and left the site clean. we will definitely use them again!

Great job! Always neat, clean and courteous. It is why I keep using you. It has been 16 years now. Thank you for such great service. Jose and his crew are terrific!!

The crew led by Jose, that performed the work at our house on Jan. 14 was just wonderful!! They did everything that I requested quickly and effectively. They also did an excellent job of cleaning up when they were done. Overall, I'm totally satisfied with the work and the crew.

The crew led by Jose, that performed the work at our house on Jan 14 was just wonderful!! They did everything that I requested quickly and effectively. They also did an excellent job of cleaning up when done. Overall, I'm totally satisfied with the work and the crew.

Dear Davis Tree Service, Jose, Juan & Martin were very timely, courteous and most importantly neat when they finished everything was left perfectly neat and clean. Because of employee's such as these we would Highly recommend your company. Thank you and Thank them. D. Prager.

J Davis Tree Service employees were very timely, courteous and most importantly neat when they finished everything was left perfectly neat and clean. Because of employee's such as these we would highly recommend your company. Thank you and Thank Jose, Juan and Marvin.

Randy always does an excellent job and takes the time to answer my questions. I always feel that I am receiving a good value for my dollar with J. Davis Tree Care.

as usual J Davis Tree Service did a thorough job! They arrived when they said they would and completed all the work efficiently and heartily. Thank you.
They even helped me to see if the stump grinding could be done the same day.

A Note to Thank You! What a professional job done removing out Post Oak tree. Front Garden, left immaculate too. Many thanks!

Randy from J Davis Tree Care did a Super job treating our 45+ year old Magnolia and our old Red Oak too. He was courteous, prompt, thorough and Professional! J Davis is fortunate to have such a fine employee.

Randy from JDavis tree service did a Super job on our 45+ year old Magnolia and old Red Oak too. He was courteous, prompt, thorough and Professional. JDavis is lucky to have an employee that good.

When we first looked at tree services we thought all were the same. Then Justin came out from JDavis Tree Service things got different fast. Justin did like the others at first but once we saw the value and agreed on the price, Justin found some additional work like cleaning the gutters that were full, trimming 3 other trees that were on our property but smaller, and some limbs that we were planning to haul off first chance we could. I was afraid I was about to get my cost popped upward when Justin takes my agreement and writes ""No charge"". On all of that extra work! At that point we knew we had a tree care company for life. Thank you JDavis Tree Care!!!

I've witnessed many crews work on our trees over the years. Most failed to complete the job as promised and one even damaged/destroyed property as a result of wreck less disregard and sheer negligence, so it's truly a shame we didn't know about J. Davis all along. Surprisingly, it's the things J. Davis DIDN'T do which impressed me most. I thought a noisy environment was a given with tree trimming, but I was bothered by almost no noise! No crew yelling over chippers and chainsaws for hours on end, no shouting exchanges between men on the ground and those working in the trees or adjacent yards. No horsing around, no personal conversations or lack of focus and in fact didn't even see a single smoke break taken by any of the men. The J. Davis crew was ALL business and it showed from the moment the men went to work until the time they drove off, leaving both front and back yard in excellent order after about one-half the time required by others. These guys even raked up the green pollen tassels which blanket EVERYTHING in the vicinity of pecan trees in spring, and in fact there's barely any sign of sawdust on the ground, anywhere! They caused no damage-my roof, the neighbor’s roof, power lines, shrubs and hedges, flower beds, even the nests of wildlife were carefully protected as I'd requested. Best of all? No lip service and no disappointment. They stood by the guarantee printed clearly on their invoice that if I wasn't TOTALLY happy, with anything-let them know and they'd re-do it. Despite being 4pm on a Friday, I was treated with complete respect as I pointed out some purely cosmetic concerns, whereupon the men SURE DID patiently re-assemble their long lopping pole and fix the issues, and they did it like professionals ALL should---> as promised, and with a smile. J. Davis has earned my trust by proving they don't just say it, they DO IT! Thanks so much to everyone who helped me, including Keith who submitted a prompt, professional, accurate estimate which wasn’t increased despite my last-minute request to remove some dead wood from a neighbor’s tree. He appeared first on the job, introduced himself and the crew, re-walked my property to review plans and address any concerns, and followed up at day’s end by calling to make sure I was pleased. Also Cindy who handled my calls to the office and did indeed reliably convey the friendly, helpful, and caring attitude often praised by others and appreciated by all, no doubt! Such a refreshingly positive experience, all the way around!

I have used the services of J. Davis Tree Care Service for years. Keith, their arborist, is fair, knowledgeable and extremely helpful. Kelly and the crew work diligently and safely and always leave the area cleaner than when they started. Cindy in the office is extremely helpful and pleasant. I wish all companies were as dependable and helpful as J. Davis. I know I can depend on them to do a great job