General Info
Visit your neighborhood Vons located at 720 3rd Ave, Chula Vista, CA, for a convenient and friendly grocery experience! From our deli, bakery, fresh produce and helpful pharmacy staff, we've got you covered! Our bakery features customizable cakes, cupcakes and more while the deli offers a variety of party trays, made to order. Our pick up service; Order Ahead, even allows you to place your bakery order online so its ready for you when you get here! At our Butcher Block, you’ll find a wide selection of high-quality meat, seafood, and even sushi, while our produce department is filled with fresh fruits and vegetables picked at the peak of flavor. Need your groceries fast? We now offer Grocery Delivery and DriveUp & Go™ to cater to our shoppers' busy lives! Our floral department offers exclusive debi lilly design™ products and services made just to your liking! Stop by our friendly, neighborhood in-store pharmacy for immunizations, prescription refills, specialty care, and so much more! Vons is dedicated to being your one-stop-shop and provides a Coinstar and Western Union for your convenience. Enjoy your shopping experience even more with a hot cup of coffee at your in-store Starbucks, and unwind with a movie from Redbox. Check out our Weekly Ad for store savings, earn Gas Rewards with purchases, and download our Vons app for Vons for U® personalized offers. For more information, visit or call (818) 242-5926. Stop by and see why our service, convenience, and fresh offerings will make Vons your favorite local supermarket!
Hours
Regular Hours
Payment method
master card, visa, amex, cash, check, diners club, discover, travelers checks
Neighborhood
City Center
Other Link 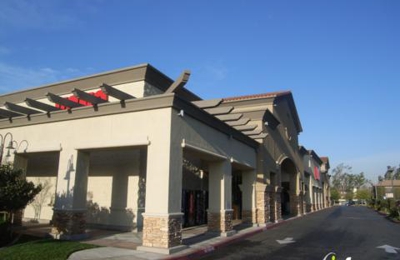 I enjoy shopping at this Vons. It is always easy to find a parking spot and there are plenty of registers open.

So i went to Vons pharmacy to get a refill medication becausemy motherwas traveling. This very nice lady gave me the medication asked for. She also asked if i wanted more incase my mother was going to stay longer on her trip. At that time i said no because i thought my mother was only going for 1 month. Then she changed her mind to 3 months. So i went back to the Pharmacy to get another refill because my mother was going on vacation. Now there was this pharmacist there that was very very rude to me. I explained to her everything. She wasnt answering my question. Then when she called the insurance company to ask them about a 90 day refill (she went to the corner to talk to them) Then she put the insurance company on speaker and started asking her, WHAT SHE WANTED TO ASK, NOTHING OF THAT HAD ANYTHING TO DO WITH MY QUESTION. I told her for the refill at first then she told me it cant be done, I was shocked because the other lady there did it for me. Now is this pharmacist REFUSING to give me my mothers medication when it actually is legal. So then i asked her why cant this be done when it was before and I asked her how about for another 90 days.So when she put the insurance company on speaker as i said she asked only the questions that she want, the guy there asked if i had any questions and as i started to explain my self to him the lady looked at me with a smirk on her face and she hung up the phone RIGHT IN THE MIDDLE OF MY QUESTION, because she probably knew i was right, She was very very very rude and disrespectful to her customer. I AM SHOCKED THAT SHE IS STILL WORKING THEIR, BY THE WAY SHE TREATED ME SHE SHOULD BE FIRED AS SOON AS POSSIBLE . SHE DISRESPECTS HER CUSTOMERS AND THE STORE TOO. Thats why i have rated this a 1 star. The store is 5 stars but the lady that is at the Pharmacy is worth 0 in rating because thats what she truly deserves based on her rude facial expressions, her inappropriate raising of voice, her not answering nor providing the customer with right information which also leads to refusing to give the customers the medicine needed and not even explaining why is very shocking, because of this i will NEVER get my mothers medication at Vons Pharmacy because of that rude and disrespectful worker their. I have transferred my pharmacy within 1 day. I was very shocked but i am not sorry to do that because of the rude and disrespectful pharmacist .
At the Glendale Ca Vons Market pharmacy area.

The remodel on this place has made this one of the best grocery stores in the area. This one is worth travelling to. Make sure to try the Panda Express and Starbucks inside.

This Vons has remodeled and just re-opened last week. It's great. It's much bigger and nicer inside. There's a Starbucks, Panda Express, and a dry cleaner inside Vons, making your shopping very convenient. Selection of fruits and vegetables are good too.