General Info
We strive for every customer to get the right part at the best price as quickly as possible! Call us today or buy from us online at www.autowrecking.com! Find quality used car & truck parts, engines, and transmissions from our vehicle salvage yards. All our parts come with a hassle-free warranty. Do it yourself for less with recycled auto parts--the B&R way! As a leading full service auto wrecker and recycler, we specialize in late model car and truck parts. B&R Auto Wrecking is one of the largest suppliers of aftermarket and used, foreign and domestic, car and truck parts in the western US, with tens of thousands vehicles in stock between 15 locations with shipping daily. B&R has been in automotive used parts industry since 1980. We do our best to save you time and money. Thousands of engines and transmissions on our shelves are ready to go. Hundreds of salvage vehicles are purchased each week for your next used auto part purchase! Call us today or buy from us online at www.autowrecking.com!
Hours
Regular Hours
Extra Phones 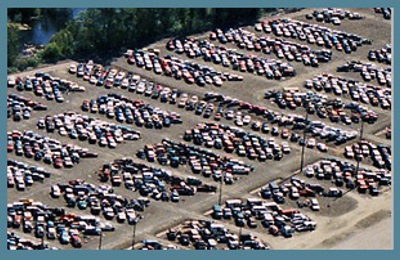 Horrible service, I ordered a transmission last week, it has not been either shipped or confirmed.
I tried calling them for hours since last week, no one wants to answer the phone. I left messages, no answer. This is the worse company for service in the USA. Totally unprofessional. I am asking for a refund from my credit card company.

Went to look for a bunch of random small-ish things. The guys were very helpful and courteous. Got what I needed for a great deal!

I needed several items for my car when it was stolen, and then recovered. Thank you Josh for finding them for me, and quickly..
I will not ever deal with anyone else..Kind, understanding and the prices were VERY fair. B & R has a one of kind employee in you..again Thank you......

I am absolutely astounded that these people get away with treating customers so badly. I called on a Friday for them to come and pick up my car that I just wanted out of my driveway. I was told they'd be there the following Monday at 9am to pick it up. 10am rolls around, then 11am, still no show. (Oh by the way I'd also like to add that the employees are by far the RUDEST human beings! Customer care? Nope, forget it. Interrupting you? Plenty of that! Being told that they have NO idea where I am located because I guess it's a central phone line and you get transferred 2 or 3 times) So by 2pm, I called asking where they were, no calls, no one showed up, and here I was waiting for their arrival. I was told that they're dispatched out and would be there any minute. Nope! Still nothing. By 4:30pm I was beyond livid, and got tossed around the phone tree AGAIN only to get voicemail. Guess what? It's now Tuesday almost 1pm, NO CALL BACK, so I called them this time in tears because I am so blown away by the utter lack of professionalism and AGAIN told that So and So was on lunch and would call me back. That's not going to happen, I can already tell. So do I recommend this place? Yes, I recommend them to GO OUT OF BUSINESS because I don't want to see another person get screwed like I did. Thanks for absolutely NOTHING you jerks. I guess I have to give ONE star, they don't deserve ANY stars!

This whole company sucks. I've tried to do business with different locations but to no avail. I don't know how they stay in business but I don't even try to deal with them anymore.

This company is horrible. The worst customer service and they got mud all over the interior and exterior of my vehicle. My car was towed there after I was rear ended. This was a terrible day and the way they treated me made it worse.

terrible place to do business returns and refunds are a joke they dont care about anything but selling thier parts. most parts are wrong fit or poor quality. customer service doesnt excist here

I have gone threw b&r many times to get my auto parts but the last couple times I've gone there they have been extremely rude and unprofessional they ruined a 4 yr olds halloween starting the October 28th in needed a radiator for my audi and they said it would b a hundred dollars so I went in and paid for it and grabbed the radiator took it to my car and find out it's the wrong 1 so I call the next day(29th) and they said. They had 2 more that should fit so I said ok l8r that day around 330pm I called (thinking they would want to fix there mistake asap) and ask if the radiator was ready a guys named Jason said they were pulling the part right now I said awesome I will b their in 1 hour he said ok I will c u then. I show up at 445pm and the guy at the counter told me that they hadn't pulled my part yet but it will b pulled tomorrow (as u could imagine I was upset but I kept my cool) I left my old radiator there to compare it to the radiators they're going to b pulling. I called at 11am the next day (the 30th) and they said that the parts r pulled and waiting so I asked him if he's sure he said he's positive so I went down their they had the parts pulled I was starting to feel relieved until I ask them to grab my old radiator so I can compare it he went into the back to get it and he comes back and says that they don't know where it is. I literally ask him are u kidding he said no so I took one radiator to my cast to see if it fits and I'm sure u guessed it, no it did not fit so I go back to b&r and I told them I want my cash back (cuz I paid with cash) and after all the crap I had been threw with the company they tell me they can only give me a check it's store policy even though I have receipt they want my I.d. Which I had lost 4 days prior so they tell me they cant refund me my money with my i.d. And it's halloween of all days. It seemed they did not care about what they put me threw so I went home grabbed my birth certificate and my s.s. card went back up to b&r and this unsmart women in the bosses office writes me a check so I take it to the bank and they won't cash it cuz that woman with the low iq at b&r put my middle name instead of my first name so I call her and ask her how she going to fix this and how is she going to make up for it she say the only thing she could do is write me another check so I did it all over again they I finally get my money after I go and get the second check and it is 530pm on Halloween with no car and less money than I sent in the first place I probably spent 200 bucks trying to get my $100 refund worst service ever I advise any1 needing used parts go else where like pick apart they knew exactly what I needed and I do have my lawyer looking into a law suit cuz I kept all receipts from those 4 day not to mention the stress they caused. Had halloween all planned for my 4 yr old and cuz of b&r it was ruined

Very poor customer service!. B & R has problems returning messages and lack of follow through during my experience dealing with them for the last year. I won't be using them again.

I WOULD NOT RECOMMEND THIS PLACE . Customer service and follow through is KEY. I believe they could use training in

this department.. (I get the feeling customers are not important to them.)

i love this place.lots of inventory

I highly recommend B & R for their excellent service and quick response. Their prices are also very good. I plan on calling them again in the future.

I was having a huge problem tracking down an IAC valve for an Integra amd not having any luck. Jeff at the eugene location was amazing at not only helping find it but also gave me an awesome deal. Went above and beyond what he had to help. Thank you very much. I would recommend everyone to these guys. Its the first place I call.

Never been treated so professionally at a Junk yard. Got a great part, real good price, very impressed. keep it up guys!

this place is HUGE!!!!! a ton of inventory!!! for how big this place is the organization is amazing.. i'm real impressed .. the sale staff is very professional and are extremely knowledgeable.. I did a change over into my toyota and they where able to get all the parts and for cheap!! i will be a life time customer. KEEP IT UP B&R !!!

we were driving thru town when my serpantine belt tensioner broke. they were closed but called the manager who authorized them to stay and pull a part to fix my truck. saved me a hotel stay. wish we had that kind of service back in my home town.

I've bought 3 engines and never had a single problem.. these guys know what they are doing and are extremely knowledgeable.. i will buy more .. thanks BandR

I ordered a center consul for my car at the beginning of December. I received my part broken and had to bring it back. After calling ahead of time I drove to B&amp;R off of Prairie Rd. and Hwy 99W all to find out that whomever I had talked to was wrong and there was no part to be found. Nobody took responsibility for this mistake! Another sales rep reordered my part and said it would be in their store within 3 days. I called ahead again just an hour before arriving at their location. AGAIN, no part was there and no one took responsibility. The front desk staff member pretty much shrugged his shoulders and again claimed no responsibility for what had happened. He smugly gave me my money back (without me asking) with no apology or even a slight explanation for my inconveniences. EVEN after I made it clear that it was the third time driving to their location under false pretenses! He didn’t even try to order me another one! I’ll get my parts elsewhere until these guys get organized. Get it together B&amp;R.

Time isn’t cheap and neither is gas.

Never have I seen an establishment as organized as B&amp;R. The staff was very friendly and efficient. Definetly recommending them to my friends.

Very friendly and professional. Staff was helpful and organized.