General Info
The areas largest Asian automotive specialists since 1983 are GT Japanese Automotive Inc. We provide dependable service built on trust and quality. We are the experts for all of your automotive needs for Honda, Acura, Nissan, Subaru, Lexus, Toyota, Mitsubishi and Infinity autos. We employ ASE Certified technicians who are professional, qualified, and trained to provide expert service and repairs for today's modern automobiles. We utilize all the latest tools and equipment such as Sun and Snap-On computer diagnostic scopes and scanners, Sun battery and charging system testers, Hunter computerized alignment systems, MotorVac technologies injection and intake cleaners, and Ammco brake lathes. We are equipped and certified to repair all AC systems using the latest recyclable and diagnostic equipment. We provide itemized receipts, computerized record keeping, frequent service discounts, service reminders, and provide 12-month, 12,000-mile warranties on most repairs. We use the Mitchell and Napatech Information Systems to access all necessary specifications and bulletins. We are also open on the 1st and 3rd Saturdays of the month, 8am-2pm. Call for an appointment today!
Email
Email Business
Extra Phones 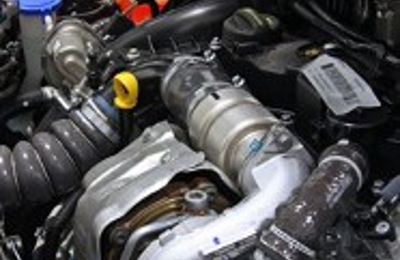 As the owner of Gt I would like to write a rebuttal. He claims that he brought his car in for a minor repair & then somehow was "hit" with a major repair bill. Not possible. While working on his "old" car if we found something that needed repair we would have discussed this with the owner and estimated the repair cost before continuing with the work. He could always say no. As far as sabotage, that is so ridiculous it doesn't deserve a response. We have over 50 customers with cars over 200k, some over 300k and in every case when the car needs the inevitable work we discuss the options with the customer first. It is always a big decision whether to keep an old car running or replace it and since 1983 we always try to help with that decision in every way we can knowing that with an old car anything can break at any time.

GT Automotive used to be a good place to bring your Japanese car for repair. Now they pad their repair bills with questionable repairs. Brought my old car in for a minor repair and was hit with a major repair bill that I would not have authorized if I knew that the car really didn't need the repairs anytime soon. I would have sold my car first before allowing GT Automotive to preform the work. I also suspect that GT Automotive sabotaged my car the previous time so I would return for more repair work they performed this time. I will never let GT Automotive touch a car of mine again!

Mr. Gill is more concerned with paying his kid's college tuition and planning his retirement fund than worrying about being honest about your car repairs.

Just wanted to leave some positive reviews for GT Japanese Auto. I’ve been a loyal customer of GT since I moved from NY to NJ back in 1996. Bill has worked on my 1992 Nissan Stanza, 2001 Toyota Avalon, 2001 &amp; 2006 Honda Odyssey. I’ve always trusted Bill and his ASA certified mechanics with my vehicles. Bill is very knowledgeable with Japanese automobiles – old and new. A few things that I love about Bill and GT Japanese are, 1) He is very honest when it comes to replacing a part. He will tell you upfront if the part REALLY needs to be replaced or if the part can go on for a few more ticks on the odo. Never do you feel that he wants to replace a part just to pad his bottom line. 2) His work is very thorough. 3) If you want to save some money, he will allow you to bring your parts for them to install. 4) He uses OEM parts. 5) His service cost is competitive and last, I know any service done to my car will be done right. Great work Bill &amp; Lynn!

I have been to GT Automotive on three occasions. On the first visit I had them install a catalytic converter I had purchased and I was very satisfied with everything about the service. I felt that I had an affordable and trustworthy place to bring my car to for repairs. However on the last two visits, I felt very deceived.

I have no major problems with the quality of the work they performed, however I have a problem with how they can be deceptive in the additional charges they surprise you with when you pick up your car. I think that when you get an estimate, it should include all of the charges that they know are required to perform the job. On my second visit I got my timing belt and water pumped changed using parts I purchased, and in the estimate they failed to include coolant, tacking on $14 when I pay the bill. No big deal, I just don't appreciate how they are not forthcoming with the known details of the estimate since replacing the coolant is a necessary part of the job.

When I had the timing belt along with my A/C belt changed, my A/C stopped working after I picked up my car. When I brought this up to them, they were very defensive about it not being their fault. The clutch on the A/C had broken, and I can't say for sure if it is related to how they changed the belt, but I didn't appreciate how they made no effort to resolve it. I would have really appreciated some discount on the cost to replace the A/C, even if it was small.

So I had to take my car in for a third a time to replace the A/C compressor. When I got an estimate for the repair over the phone, I specifically asked if they were going to charge me for the refrigerant. Their answer was that they will recycle the refrigerant that is already in my system, leading me to believe that I would not be charged. They failed to tell me that if my system is not fully charged, they would charge me for the refrigerant at their fairly expensive rate. So again when I pick up my car, I am surprised with another charge for 15oz. of refrigerant. It’s surprising the system needed this much since the level was checked by another mechanic a few weeks earlier who said it was only a little low, not 3/4 empty.

Although I really liked this place at first, I am not satisfied with GT Automotive anymore. I doubt I would take my car here again, and I will need to look elsewhere for my car repairs. I suggest that you do the same.

As the owner of GT I would like to write a rebuttal. I am not &quot;dishonest&quot; when I quote price estimates. He wanted &quot;labor only&quot; price quote because he was going to supply all the parts. he did not supply the antifreeze with the new water pump &amp; we has to use ours to finish the job. He was charged exactly the labor price quoted. The a/c compressor was seizing. We got it working by tapping on it. This is due to the high mileage and age of the car,(2000 civic 213k) not from installing a new belt. Again we quoted &quot;labor only&quot; to install the compressor supplied by him. My exact words with reguard to the freon &quot;as long as your system is full we will capture and reuse your freon &amp; you won't need any more&quot; In fact he knew it was low and never said anything. Again he was quoted &quot;labor only&quot; and was charged exactly what we quoted. He did not supply any freon so to fill the system we had to use ours to finish the job. He says it's &quot;no big deal&quot; then he posted a bad review all over the net. I have been here for almost 30 yrs and have earned a excellent reputation &amp; would like to keep it that way. Bill

This listing has been claimed by a business representative.
Helpful(1)ShareFlag
ryanpre

Today was my third visit to GT Automotive. The first time was with an Infiniti G35 and the last two with a Honda Prelude. Each time they have been extremely honest and straightforward with the work needed. As an example, I came in today requesting that they investigate a rattle in the front end and also to check the brakes and shocks/struts (which I knew were fine). They advised the brakes, shocks and struts were good and gave me the remaining pad life on the brakes. After diagnosing the rattle, they found it was just a loose headlight and tightened up for me. Only charged me for 1/2 hour of labor ($47.50) and no charge to check everything else. While checking out they offered me a loyalty card where I can eventually earn a free oil change. They were very courteous and professional. I am extremely happy with GT and will keep coming back!

I went there to get brakes done at GT Automotive. I was waiting in the waiting area. After some time a mechanic came and told the owner &quot;While I was working on the breaks, XYZ broke. Sorry about that!&quot; After some time, the owner tells me that your XYZ is broken and it will cost me $80 to fix it. They have to get the new part. I was so mad. These people have no shame. I heard mechanic said &quot;Sorry about that&quot;. If you break something, then you fix it without asking customer to pay for it. You don't ask customer to pay for it for your mistake. They also replaced the rotors instead of resurfacing them. I checked the rotors after they were removed and they were in perfect conditions. They did not even need to be resurfaced but they replaced them to get more money. My advice is stay away from GT Automotive. Do not trust them. [[ I did not want to reveal myself, therefore XYZ is used instead of real part name ]]