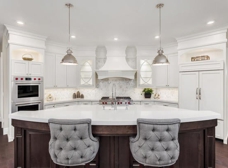 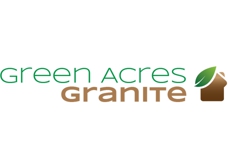 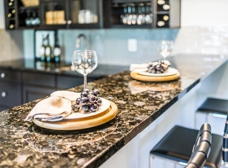 Used Green Acres Granite previously. Great counters and reasonable prices. Had a few issues but they took care of them. Would recommend.

We built our dream home in the mountains, and our Contractor suggested we use Green Acres Granite for our countertops. We found the perfect stone to compliment our rustic decor, and couldn't be happier with the gorgeous result! Kelly, Sara and Bill were fantastic to work with, happily answering every question by phone and email. Fantastic, and SPEEDY service and installation; start to finish in under 3 weeks! So glad we found Green Acres Granite!

We highly recommend Green Acres Granite! From start to finish, everyone was helpful and friendly. They answered all our questions and went over what to expect in detail. Sam was great to deal with and the installers were efficient and professional. The one seam is nearly invisible. Everything went exactly according to plan. We are thrilled with the results!

Green Acres Granite recently fabricated and installed one very large and one small bathroom countertop for us and the result was eyepopping! Timing was perfect: we walked through their outdoor display on Friday and took some time to decide on the slab. Saturday, we committed to buy the granite. Monday, a team templated the master bath countertop. Tuesday, my wife reviewed and approved the template at the Green Acres office—and then selected a remnant from their large inventory to be the countertop in a half bath. Both countertops were installed Thursday.

Green Acres pricing is competitive, to be sure. What sealed the deal, though, was their outstanding customer service and the quick turn from purchase to installation. Follow-up by the Green Acres team has been reassuring and we look forward to working with this company in the future.

We are very happy with the work done by Green Acres and willingly recommend them to others in the Colorado Springs area looking for high quality granite countertops at a good price installed quickly and flawlessly by polite workmen.

We modified our kitchen island by cutting down a high wall and making the surface flat with new granite. It turned out exactly like we wanted and looks great. We also added new granite vanity tops and new sinks in two baths. Green Acres Granite was great to work with and we thought they did high quality work at a reasonable price. All their people were very professional.

Heather at Green Acres Granite delivered everything that was contracted on time and with no mistakes. I would not hesitate to use them again. Very professional!

Green Acres Granite is to be commended. We are extremely satisfied with our recent kitchen remodeling; including new granite counter tops, cabinets and backsplash. The job was completed in a timely, efficient and smooth manner. During the decision making process, we had a comfortable feeling as to their patience and professional guidance. As work progressed, we developed a positive relationship with everyone. Installation personnel and office staff were very conscientious as to customer satisfaction. All installation personnel were professional, courteous and friendly. We were impressed as to the neat clean-up of the area at the end of each work session. We would be comfortable recommending Green Acres.

Green Acres Granite just completed our countertop tear out and install and honestly, my wife and I could not be happier with the service. Their rates are reasonable and competitive, and they followed through with everything they said they would. Those things in todays business world go along ways. I would highly recommend Green Acres Granite if you are looking for granite in your kitchen!

Green Acres Granite did our granite countertop install back in June and it turned out perfect! My wife and I couldn't be happier with the end result and customer service along the way. Sam was very patient/good to work with and after getting estimates from 2 other companies, we found Green Acres to be the best. We ordered two slabs of Alaskan White for our kitchen with a swan stone undermount sink. The install crew led by Alex was super professional and did a terrific job...all in about 3 hours. As a side note, Green Acres also helped us line-up a solid wood floor refinisher, Summit Floors, that also did an amazing job in our kitchen/dining room that included lots of custom in-lay work. So, all told, a great experience and we'd highly recommend Green Acres Granite!

We decided to go with Green Acres Granite to do our kitchen countertops. We have a large kitchen and wet bar area so there was going to be lots of cuts splicing of the sections together, they did a wonderful job. We also requested a custom edging which also turned out great. I would definitely use them again.

We have had two bathroom counter tops fabricated and installed by Green Acres and have been very pleased each time. They have been prompt and accurate with scheduling both the template and the installation, and I have received timely call backs with both projects. I have found their prices on remnant slab granite to be reasonable and the selection is wide.

This month, Green Acres fabricated and installed a new master bath counter top, sinks, a shower bench and shower shelving in our master bath remodel. The finished work is beautiful and it was all done perfectly and on time. Since then, I have been contacted with a follow-up email to insure that we are happy with the counters.

The folks at Green Acres have been a pleasure to work with and have been very willing to work with me on small projects, regardless of cost. They are our go-to place for granite and I have recommended them to several friends as well.

I contacted Green Acres Granite for a complete kitchen remodel, to include cabinets and granite countertops. I paid in cash up front and signed a contract with a date of installation set for 11/4. This worked nicely, as I intended to occupy the new home the following weekend. Everything appeared to be going well, despite some less than pleasant interactions with a salesman who was unprofessional once the money had changed hands. I was contacted a week prior to the expected installation date to advise me that, through "no fault of their own" the cabinets would not be ready nor installed until more than A MONTH after the original date I was given. This meant that I would be living in a home with a gutted kitchen for more than a month. When the salesman called to tell me this, there was no apology, no accountability, simply a "it's the cabinet maker's fault". When I informed him that my contract was not with the cabinet maker, but with Green Acres, he again denied any culpability and after speaking with the owner, offered me a refund. They refused to attempt to resolve the situation, and even after lengthy discourse, I never received anything resembling an apology. When I picked up my refund check, and thanked them, I was told "you're welcome."

This has been singly the most frustrating, misleading, and unpleasant service experience I have had in many years. With thousands of dollars on the line, you'd expect maybe a bit more. I recommend that you keep a fair distance from this company.

what a joke. they pretend to have customer service . they cant even follow a layout I made. they dont return calls. i was patient for a while but it became crazy

Interesting how anyone can post anything they want. We do not have a record of working for this person. We always return all phone calls.