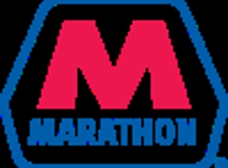 I buy Pizza and sandwiches from here at least twice a week since 6/2012 when I started my job. I decided to write a review after I read the other review. Obviously a disgruntled ex-employee had to vent him or her self. First of all the product is always fresh when I buy from the display warmer, if I want it really fresh they can cook it in less than 10 min. Pretty darn good for a gas station pizza. I love the people that work there and the manager, I guess her name is Lisa, is awesome. She is very friendly and helpful. don't believe what a disgruntled employee says about the north lake store, she/he is slandering their business and its not fair to them. My coworkers or I have never bad a negative experience in the food or service. Minus one star for not selling kerosene.

I worked at the Pizza Hut Express part of the store and I would never work there again. Also, if I were you I would NEVER buy any food they keep out on the hot hold to sell. The manager Lisa is extremely unprofessional; I knew her entire life story which was QUITE innappropriate and overwhelming as the result of being a new employee. Also, she trash talked all the other employee's to each other and went back and forth to employees saying she was going to fire the other. She told me that another employee was threatened by how good of a worker I was, saying she was afraid I would get the manager job she wanted. Then she proceeded to tell me she wants to give it to me and fire that employee. Extremely unprofessional. She manipulated me, saying I was a great worker and she doesn't want to lose me and that I was going to get a lot more hours after another kid who worked there left. That was a complete lie, she gave the hours to the woman who was "threatened" by me and "she was going to fire." Also, I would NEVER buy this Pizza Hut's food, EVER. The Pizza Hut Company want the food to stay out on the hot hold to be sold for no more than 15 minutes. However, this Pizza Hut express keeps the food out there for 45 minutes to an hour. When I got hired in, I was trained to leave the food out there for 45 minutes to an hour and then when the Health Inspector came in, the manager Lisa had to corner me and tell me that we cheat the system and they're only supposed to be out there 15 minutes and to do that until the Inspector leaves. Also, the kitchen is absolutely filthy and never gets a thorough cleaning and my manager told me they've failed 6 Health Inspections in a row and that they just barely passed that one. DO NOT BUY PIZZA HUT EXPRESS'S FOOD AT THE NORTH LAKE MARATHON IN CHELSEA. I felt so guilty for even selling it, that is unsanitary and disgusting and someone could get seriously sick. That place is corrupt and this doesn't even cover half of it, just the basic overview. I would go home every single night after work and tell my parents about all of this and how I just wanted to wash my hands clean of that place. I have now and just want to enlighten others.