Don Fenton is Mr. Done Right, the premiere handyman contractor of Austin. Home & Commercial. Fully insured and integrity 1st, we do it ALL: repairs, painting, or remodeling, we get the job done right the first time! 512-659-8931. Handyman-Austin.com 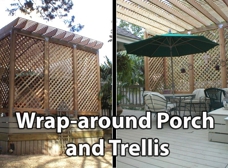 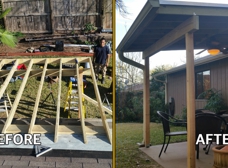 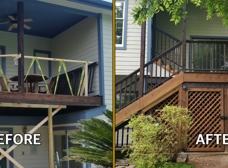 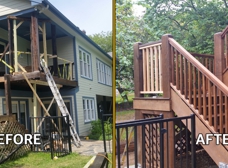 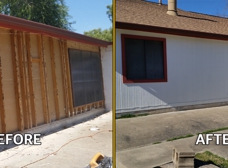 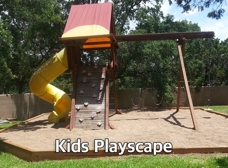 Don built a deck for my Dad and wow... absolutely fantastic! Don and his crew were extremely professional and very conscious about detail. Dad and family are very happy! I would use Don again in a second. Highly recommended.

Having lived in a 70+ year old house for over 50 years there have been serious repairs needed. Due to the age of the house we frequently found that the needed parts and/or fixtures were no longer available. Don loves challenges and has a profound understanding of how things work. He has never failed to come up with an answer and once it is “fixed” it stays “fixed.” During my 90 years, I have never met another person such as Don-with such honesty, and expertise. Here are a few examples:

A large oak tree encroached upon and incorporated a portion of my garage. To make it worse, the electrical system had also been compromised and had to be redone.

Without damaging the tree, he carefully moved the wall away from the tree and rebuilt it

leaving the roof intact taking care of the problem and, at the same time providing me with more working space adjacent to the garage.

Due to an improper instillation of an upstairs shower (by another contractor) over the years it leaked down to the next floor leaving damage on both floors. Several contractors were not willing to take the job. Don tackled it and in addition to the repairs made other improvements in the area at the same time.

The gas company, while checking something else, summarily cut the connections to a wall heater (which had served safely since the house was built). They claimed that it violated the city code and was unsafe. We were without heat in that bathroom. There was no place for another heater and if there had been, it would have entailed tearing out some walls and flooring in order to get gas to it. Don solved the problem by installing a combination light/heating unit in the ceiling.

As a person who can take care of both large and small problems, Don has no equal. He is honest, keeps his appointments, finishes on time and has excellent helpers.

I recommend him without reservation.