Kenny Ross in Pittsburgh, PA, also serving Youngstown, PA and Altoona, PA, is proud to be an automotive leader in our area. Since opening our doors, Kenny Ross has kept a firm commitment to our customers. We offer a wide selection of vehicles, and hope to make the car buying process as quick and hassle free as possible.

If you would like financing options and you are in the market to purchase a new Buick, Cadillac, Chevrolet, Ford, Nissan, Scion, Toyota or used car or truck, we will provide assistance to help you find financing options that fits your needs! Whether or not you have bad credit, no credit, or are a first time car buyer, you can trust that Kenny Ross will get you into the car or truck you choose with professionalism and attention to your needs.

Kenny Ross has an experienced and reliable Service and Parts Department, open extra hours to help fit our customers’ hectic schedules; and Kenny Ross offers competitive pricing for your automotive maintenance needs. Customer satisfaction is our highest priority, and our staff is committed to achieving this goal in every aspect of our business. 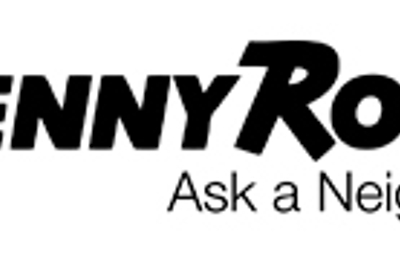 When my husband and I were looking to replace my car we filled out an application online for Kenny Ross, there internet manager called me and said that it would be no problem. When we got to the dealership the salesman could not even help us, he was too busy, we had to go back another day. We went back and were told that a deal could not be done with my car so we said okay what else could we do. They said to bring in my husbands truck, we did that, we were told no problem, that we would get financed. Still no answer, the finance guy said he would call back in a day or so three days later I called them I was told I would have to have 2000 down and that my payments would be like 300 a month which was way out of what they originally said. Long story short don't buy here they lie and they offer bad customer service.

Found 2 cars we wanted to buy. After waiting over 2 hrs to find out about financing, we were told their system was down ""all day"" and that they would call us ""First Thing"" in the morning. I finally called at 11 am and was told that someone would call me within 30 mins. I recieved the call, and answered a few q's. Received a second call stating that the one car had been approved and that everything was looking good on the second, and to come up in 2 hrs. We drove the 40 mins up to the dealership. When we arrived, we were told they were still working on the 2nd car. We asked what the payments would be, and how much the cars were since we were not given the info (again, after asking). We were told that the salesman didn't know and that finance would go over everything with us. After being there for 2 MORE HRS we were told that only 1 of the cars was approved and we could not get the second (which, honestly, we were afraid of due to credit problems). We decide to go in for the one we were approved of. Again we asked about the payments and price and again we were told the finance person would go over it with us. The salesman then said he was going to put the plate on and call my ins. company to get everything switched over. We told him not to until we got everything signed and found out our payments, etc. When we met with finance, she wanted us to start signing paperwork before going over numbers. She told us the numbers which were over our budget. We told her no, that we couldn't do that amount and she started giving a guilt trip about ""I had to call in favors for this loan"" and ""I've been working on this all day."" She offered to get the payment down to ONLY $20 a month MORE than our max by removing the warranty altogether. We told her no, complained to her boss, and left without buying. (much anger removed from story) They lied to us, blamed each other when the lies were caught, and tried to pressure us into something we couldn't do.

STAY AWAY FROM THIS DEALER!!!!