Aspen Dental - York has not yet specified accepted insurance plans.

Biography
Aspen Dental in York, PA is open for all appointment types. As part of our Smile Wide Smile Safe Promise, we are taking proactive steps so that patients, care teams and communities have a safe, clean care environment for all their dental needs. We offer a wide range of dental and denture services with skilled lab technicians that hand-craft, high-quality dentures. Book an appointment online or call anytime Monday – Friday 6:30am – 11pm, Saturday 7am – 9pm, or Sunday 7:30am – 5:30pm EST.

By Appointment Only
No
Services/Products
Brands
Oral Health America 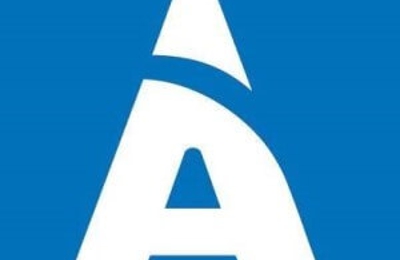 I succumbed to the TV ads & thought I'd give Aspen Dental a try. Will NOT make that mistake again! Not only was the wait time exceptionally long in the waiting area, but during 1 visit they escorted me back to the exam area and I waited a ridiculous 45 minutes back there! I explained to them that I would have to reschedule due to a doctor's appt. I needed to be at within the next 20 minutes. Just not worth the wait. They had also replaced a crown that I had for several years that had fallen out. I was initially pleased with the work until that crown fell out three (3) times! BEWARE! Be VERY aware!!!!!

Went to Aspen for the first time the other day and I am very pleased with the service I received. I choose aspen because they have great hours. I have long work days and being able to schedule my appointments after work really helps out. I was able to get my cleaning done the same day because the hygienist happened to have an opening due to a cancellation. She was extremely educated and was able to give me a lot of advice on products I could use to help strengthen my teeth. I will remain getting my dental work done there they make me feel very comfortable.

Got lost and was 15 minutes late for my appiontment. Receptionists stated there rule was if you are 15 minutes late, you lose your appiontment. They wanted me to wait around another 1 1/2 and they might get me in. Thank God I walked out after reading all the horry stories on the internet. peaople waiting 2 hrs (I guess it is ok if you have to wait). My GPS is old and didnot take me to this new shopping center. By the time I found and address close to there's and called them (after press this button, than this botton, than this botton, than going on hold they told me where it was). Well I am happy because this place looked like a meat factory, with bad customer service

I would not recommend this place for anyone. My husband made the big mistake of going there because unfortunately this place is in his insurance companys network. First of all his first visit was not good, his consultation took 2 1/2 hours and most of that was waiting time, he finally got up and left and told them to call his with the results and when they did call him with what needed to be done they told him it would cost $165 and we ended up paying $246. They thought that they only had to fill a tooth and ended up having to pull it due to the fact that half his tooth came out with the filling. I think the dentist should have know that would have happened by the xrays they took but I guess he did not. After that terrible experience now comes the bill, they charged $246 to pull a tooth that really only cost $196 to pull but because he had insurance they charged him an extra $50 (they called it his deductible), shouldn't a deductible be part of the $196 charge? That is how every other dental place works. So a few weeks go by and I receive an explanation of benefits from the insurance company with the charges of $165 on it for which they got paid $104 from the insurance company, so I call them and ask for an explanation of what this is for and I am told that the $165 is for the initial first visit and consultation, which by the way is suppose to be free, but I am told that it is only free if you do not have insurance otherwise it is $165 of which I now have to pay $61 more dollars to them. So my husbands total fee for two visits to get a tooth filled and instead they had to pull was $411!!!!!!!!!! NUTS AND A RIP OFF!!!!!!!!!!!!!!!!!