THE EXPERT IN MEN'S APPAREL 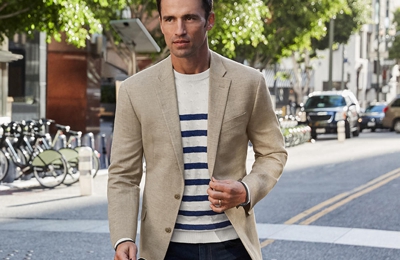 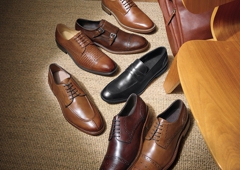 This has been the worst customer service experience we've ever had. My husband is going to be in a wedding and this is the place the groom chose for the tux. He went to get measured and the sales person was very short with him (note:my husband is very quiet and laid back) on top of everything else. When he went to leave the guy tells him that the computer system isn't working properly due to a new system, which is fine but my husband has to get back to work so the guy suggests he give him his credit card number and he would run the deposit as soon as the system is back up because apparently he's not allowed to enter the measurements unless he has the deposit. Normally we would NEVER leave card information but he really had to get back to work and it's a good drive for him and he really can't afford the time to drive back out there. A few days later they call the groom and tell him that we still need to pay a deposit. Long story shorter we called Jos A Banks and talked to the manager. The employee is swearing he NEVER got a credit card number. Luckily we have fraud protection so it's no big deal but him lying IS a big deal. He actually said that he told him he would have to come back in (because of policy) to remeasure. My husband was livid. He wanted the company to replay the security cameras to prove the employee is lying and low and behold they don't have security cameras in their store. What place doesn't have cameras these days? He talked with the manager and the manager took his employees side but said we could work something out. He agreed to only charge hubby the deposit and for him to come back in that Saturday to remeasure and HE would be there to do it since no one else could approve a discount like that. Hubby shows up and the manager had already left for the day. We end up giving him the measurements over the phone later and he pays the deposit and we just received a phone call from the GSO store 3 days before the wedding stating that the manager had no right to give him that much of a discount and they are charging up the full $233. If it werent for the wedding being 3 days away we would cancel the whole thing but hate to leave the groom without one of his men.