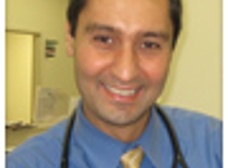 WOW!! These reviews are wild. I see Mindy Maglione at this practice. She is an ANP. She has always been helpful and caring. After only meeting me twice, she could tell the minute she walked in on our third visit that something wasn't right. I would definitely recommend her to a friend.

I was a patient when Dr. Tanta joined the practice. Don't blame him if don't take enough time.Blame your President; which u probably voted for. If doc cuts you short, just tell you have more questions.Besides you are the one that knows how you fell right?

I would recommend my best friend and family members (which I've done) to this office. The doctors are down to earth and talk to me like an equal. I feel welcomed by the staff and know I am happier and healthier since being a patient at this office.

Tanta has a total disrespect for WOMEN. I was going to Dr. Gebrial and he seemed okay at first. Then I noticed that he began to rush through my appointments and not even listen to what I had to say. Unfortunately, I had already recommended Coastal Internal Medicine to my sister, much to my regret.

She saw Dr. Tanta. Her story was pretty much the same as mine, he seemed just &quot;okay&quot; at first, then it got REALLY bad. Their goal is to make as much money as possible in the shortest amount of time. My sister was really ill and was treated horribly by Tanta. He rushed her through her appointments and was worse than Gebrial was with me.

The next visit my still very ill sister was rushed out faster than ever, along with the fact that Tanta had originally misdiagnosed her. As the other lady stated in her review, they had no problem charging my sister for the second appointment when they were the ones that messed up, never helped her with her problems in any way. She never returned after the last horrible experience with Tanta. I also switched doctors, thank goodness.

I strongly urge anyone, especially WOMEN to avoid this money trap. It is quite apparent that they don't care at all about patients, only how much of your hard earned money they can rob from you and put in their pockets!