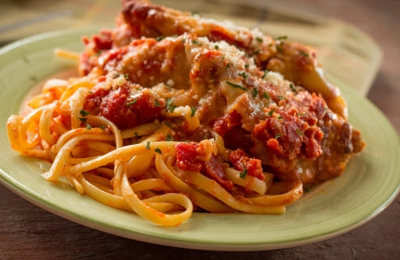 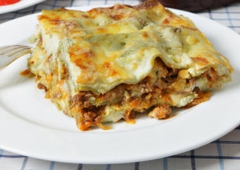 Worst over priced food ive ever witnessed I ordered a chicken parm on pasta and the chicken had to be frozen it was flat and the breading just slided off the chicken and it was a 14$ plate smh. I wish I had more hands to give this restaurant 4 thumbs down, this is a cheap trying to be "fancy" restaurant pls dont go there for the love of God.

I WANT TO CLARIFY TO EVERYONE THAT THIS IS NOT SAL'S BY VICTOR WHERE THE FOOD IS ACTUALLY EDIBLE AND COOKED BY A CHEF FROM THE OLYMPICS.

I hardly write reviews unless I feel that the public should benefit from my experience. To be brief, my best friend and I thought this place was the same place advertised quite colorfully in the Williamsburg magazine as ""one of the chefs who cooked for athletes during the Olympics."" Also, there was a great deal for two chicken dinners for $25. As we walked in, it seemed okay and we asked the hostess if the coupon was good in this restaurant. They also indicated this was not Sal's by Victor, but they would still accept the coupon.

As soon as we sat down, they took our order for water and two chicken marsalas without pasta. They brought in stale bread and a measly plate of iceberg lettuce with a few slices of lemon. The bread also came with hydrogenated soybean oil instead of butter. As a big restaurant fan, you can tell the quality of the restaurant by the butter they use. AND this was a good indicator.

When our food arrived rather quickly because they were few customers in the restaurant, our chicken marsalas were drowning in the sauce. When you ask for no pasta, I would assume the cook would know not to over-sauce the chicken. Plus, when I cut into the chicken, it was extremely stringy, which is an indicator of an old chicken sitting in the refrigerator. When we bolted to the cash register, we told the manager we were not satisfied with the meal, he yelled at us for getting no pasta. Excuse me for going to past conventions, but isn't the customer supposed to be a judge of what good food is or not? This was not a fresh chicken sitting on the plate. He didn't even bother looking at the chicken dishes sitting on the plates. He was SO DEFENSIVE and he said that he HAD TO PAY ANYWAY. We were so angered by this moment and vowed never to return to Williamsburg. This little debacle ruined the entire trip and we decided to go to a supermarket to pick up something for the microwave. The manager should be ashamed of himself for yelling at customers and blaming us for not liking the food. What kind of establishment is this?! If you want to subject yourself to being yelled at and served rotting pieces of flesh, come on in. This place stinks of a decaying restaurant struggling to survive, which is why they can't afford YOU and your party to leave. In retrospect, we could have waited for the cops to settle this, but I doubt they come and settle this type of dispute.

Don't get me wrong, this colonial town was filled with pleasant people offering pleasant service, but this blows the whole thing out of the water. Please fellow Williamsburg residents, this restaurant is destroying your reputation and probably future business transactions from tourists wanting a nice family vacation. This concerns all the restaurants and tourist attractions in the area to boycott this sorry excuse for a restaurant for the common good of the community.

If you're looking for a warm and comfortable restaurant with great food and friendly service - try Sal's. A popular neighborhood destination restaurant with pizza, sandwiches, and appetizing offerings of all thngs Italian. I had their Italian sub, which was chock full of meats and cheeses in a toasted bun. Big sandwich - really hit the spot. We will be back.

My recommendation? Go. You will not be disappointed. HM Newport News.

First off, the service was great, our waitress couldnt have been more sweet and attentive. Second, the food was not what I would call good. I ordered Chicken Marsala, expecting what I have eaten several times in authentic Italian Ristorante, what I was given was olive oil for taste. Not one drop of Marsala was in my dish. I tasted my husbands dinner, Shrimp and Scallops over pasta and, our dinners tasted exactly the same. I am an experienced chef and would not recommend this place for a nice dinner out. I have only heard their pizza is great, which I cannot comment on since I have never tried Sal's pizza. I wont be going back, rather pricy for two dinners that were not up to par.