General Info
Not quite satisfied with the way your home or office looks? Give it new life with a visit from A Mark of Excellence Painting. Proudly serving Wheaton, IL and DuPage County for more than 10 years, with more than 25 years of experience backing up every job, we're ready to make your place look brand new! We can help you with:
BBB Rating
A+
BBB Rating and Accreditation information may be delayed up to a week.
Hours
Regular Hours
Services/Products
Payment method
cash, check, discover, visa, master card
Accreditation 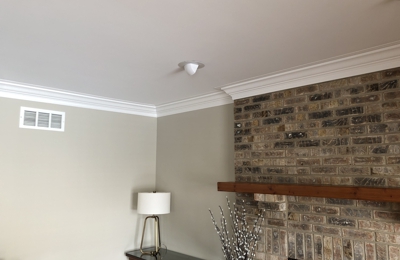 Highly Recommend! Knowledgeable! Quality service! Trustworthy! We’ve used Mark & his crew for over 10 years. Gave him the keys to our house last February for a month while we were out of town. Nothing went missing. Has replaced exterior rotten wood on my house and two of my neighbors while doing exterior house & deck painting. Everyone was pleased with the work, price and quality. Exterior work has lasted well beyond his warranty. Beautifully skim coated our family room ceiling after a contractor’s painter screwed up ceiling patchwork from a plumber falling through. Drywall repairs & nail pop fixes done with expertise & last! Prep work is impeccable. Cleans up well and comes back and fixes anything I’m unhappy with. Very reliable & fair. Converted most of my trim and doors from stain to white. Looks fantastic! Had him paint my sisters new house interior. Again, gave him the keys. She was very happy with the results and reasonable price!

My experience with Mark has been a complete nightmare! I so regret using him a third time after 2 previous experiences of unexplained loss of a great deal of cash! The only reason is that he does a good job painting.
The latest and most heartbreaking incident was November 28 , 2018 he started a job to paint 2 bedrooms. On November 29th I looked in my jewelry box that was on the dresser in my bedroom and 2 beloved, beautiful heirloom jade pendants that had been in my family for 4 generations (appraised at $3000) were missing. I filed a police report and asked Mark and his assistant Ishmael if he had seen them. They denied. I always keep them in the jewelry box and no where else. There is only me and my husband in the house. I am devastated. I have anxiety/depression from this.
Rewind to the first incident on Nov2015, he and a different assistant Bif painted the back door in the lower level of the house.At the same time 2 other handymen unrelated to Mark were doing the bathroom. A few months later I realized that $5000 cash was missing from a locked metal desk drawer (the drawer was somehow broken into)
in the same area as the door that Mark was painting. At the time I thought maybe it was the other workers doing the bathroom who stole it.
The second occurrence(I can’t believe I used him again)was August 2017, Mark and Bif painted the living room. Mark stood in my living room and said to me with a smile “These people, they have so much stuff, if you took something they wouldn’t even notice, it happens all the time “, strange thing to say. Couple days later I noticed a tiny drop of paint on my wallet which I left on the kitchen counter. A few days later I realized a $100 bill was missing from the wallet
I feel violated and my peace of mind is destroyed. I cry every day for the beautiful carved antique pendants, one of which my late mom wore for 24 years and never took off. Never never let him into your home!!!