We Don't Judge- We Defend! 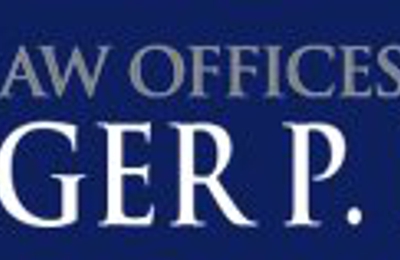 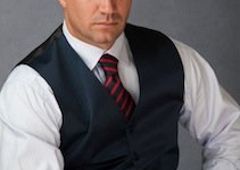 Was very pleased with my outcome with Mr. Foley I was referred to him from a friend. Pricing was great for what I needed, he was very good at explaining things I wouldn't of known without his help in my case. Didn't have to wait for months to get things handled. Mr. Foley was kind and understanding and told you exactly how it was no sugar coating.

I was referred to Mr. Foley due to the nature of my case. He got in touch with me on a timely manner, with great communication. Mr. Foley did a tremendous job on getting me the best outcome in my case. I highly recommend him and his office. I live out of state, so his office and him prepared me and my case with all the special exceptions that came with it in a professional and friendly manner.

Mr Foley delivered on every promise he made. He answered every question I had and ensured that the entire process went as efficently as it possibly could. Would high reccomend

I was facing a pretty serious felony charge. So I started looking for a lawyer. I came across Roger and after the first meeting hired him. He was very easy to talk to, down to earth and no B.S. His fee was very reasonable. Best move I ever made. No jail time. If you need a great lawyer Roger is it.

I hired the Law office of Roger P. Foley, P.A. because I was arrested for DUI. He made a highly stressful situation very easy. Took the time before I even hired him to explain the process. He went above and beyond for me. He even did more than I expected. Mr. Foley treated me like family. It should be his slogan. I met with several attorneys all of them gave me the same pitch that you can beat this and that it will be an easy win. I called Mr. Foley and he said the opposite but he explained why I was in this situation and what the law said on the subject. He spent 30 minutes on phone answering questions without knowing if I was interested in hiring him. He always emailed me, called me back and I was always updated. I did not have to blow him up to get answers, everything was smooth. We could have filed motions and went to trial, they started with a plea with lots of conditions. Mr. Foley went through each case and cut down all the conditions and had the charge lowered. My friends at first were thinking why am I hiring an attorney you can just plea out yourself or get a public defender but as the process went they were saying "good job hiring that guy," "you are so lucky." I would recommend Mr. Foley to anyone that is arrested. I dont plan on needing him again.

If you or someone you know is charged with criminal cases, including Drug cases, Violence Cases, Fraud Crimes, and many other state and federal crimes. Contact criminal defense attorney Mr. Foley immediately for a free consultation. His clients can rely on him to be approachable, responsive, efficient and effective because he knows the embarrassment that an arrest can bring.

Diligent. Truthful. Results Oriented. Three key characteristics Mr. Foley displayed beginning to end. After speaking with multiple lawyers concerning my case, my initial consultation with Mr. Foley put me in a better frame of mind. Once I retained his services Mr. Foley immediately went to work and the end result was probation on an offense for which I could have been incarcerated. His fee was more than adequate and lower than any other lawyer I spoke with. Needless to say, I highly recommend Mr. Foley if you need a criminal lawyer.

I hired Mr. Foley for a family member who was incarcerated and Mr. Foley did an excellent job. I would recommend. Mr. Foley Genuinely cares and wants to do the best he can for you.

If you or a friend are in need of legal counsel, I highly recommend you reach out to Roger Foley's office to discuss your case and retain his services.
Roger works extremely hard for his clients and he knows the law and local court system very well.
He's intelligent, honest and a reliable and professional attorney to have in your corner!

I was arrested for a crime that I did not commit. I did not have the funds to proceed with the case while it was going good so I had to let Mr. Foley go and proceed with the public defender. Mr. Foley was working on the case but I did not have the money to continue. He worked on the case and really wanted to help but I did not have the funds , he even gave me some of my money back to help me out with my situation. Everything he did with my case he is transferring to my public defender. He is still answering my gf and my calls to help with my situation. I would recommend Mr. Foley to anybody. Everytime I called him he answered and or returned my call and updated me on my case.

I searched online for attorneys. I came up with Roger Foley. I read about him, his bio and decided to call him. He does not back down from what I read. I met with him. Hired him and we went to court. They wanted to stick me with the maximum jail sentence from the beginning. Mr. Foley stuck by me and would not back down. Mr. Foley asked me to trust him and that he would fight. I only ever had one lawyer before in my life and he screwed me so I was weary but trusted him. It took a year and we were about to go to trial and then today they came and offerred a diversion program and the case will be dismissed soon. This is what they should have done a year ago. I am glad I listened to Mr. Foley. Additionally, Foley allowed me to make monthly payments to fit my budget. It was difficult but we made it as I am the only working person of 6 in the house.

My family and I hired Roger P. Foley. He helped me 100% of the way. He knew exactly what he was capable of. He never mislead me. He was always straight with me. I was facing 55 years in prison and it was reduced to 5 years of probation. All in all the office is 100% professional and they will guide you through the system. I would recommend Roger P. Foley for any case that anyone may be dealing with.

My wife hired Mr. Foley to defend me. When I spoke to their office, responses to my questions were always answered. The defense was successful and I highly recommend.

I found Mr. Foley looking up reviews on attorneys. I wanted to find someone in the area with a good reputation. It was great because his office is right near the court house. I am extremely satisfied with his services because my case was dismissed. I would highly recommend to others.

Rather its your first time or your last, Roger Foley and his office will lead you the right until your case is either dropped or reduced to almost nothing. He's made me ( as my first ever time in trouble with the law) feel at ease with everything that was going on. Within a few weeks, i got news that my case was dropped. OH! Did I mention the amazing prices and arrangements(if need be). Overall, Mr.Foley is the best and will treat you the best; Caucasian or not.

I couldn't be more pleased with hiring Roger P. Foley as my lawyer. Not only did he get my charges dropped to a simple traffic violation but he was available to me over this year long process.

From our initial meeting, I found him to be a straight shooter and intelligent as he was able to lay out the case for me. This was a difficult case and a sensitive situation as I am in a specialized field. Mr. Foley was attentive to all my questions and walked me through this tumultuous process. I made the right choice choosing him to represent me.

I read many reviews prior to hiring Mr. Foley. There is a reason why he is so highly rated amongst fellow attorneys...he is simply that good. I found him to be intelligent , compassionate, and hard working.

I can't thank him enough for getting me out of the terrible situation I got myself into. Thank you!

Arrested for at night coming back from a bar. I was with some girl in my car in a parking lot and police arrived. The girl was on top of me. They pulled us out of the car and searched the vehicle and found some narcotics medication. I was arrested and was very scared because of my reputation in community. I did not know what to do. I did alot of research online to find a good lawyer and came across Roger P. Foley. There was a lot of good things online about him so I went to talk to him. After talking, I decided hiring him was the best thing. I felt that he was knowlegeable and honest. Honest and straightforward with all the possibilities so I hired him. I'm glad I did because he got all my charges dismissed. My reputation is kept intact. I would recommend him to others

Roger is a very compassionate person, he truly cares about his clients. He helped me with my case and was there for me every step of the way even if it was just reassurance that I needed. I would recommend him to anyone, he is absolutly the best!

Roger P. Foley got me reinstated. Also he got my COS waived, an got me to still be terminated off of probation on my expected termination date. I feel very comfortable with the decision my lawyer made for me. Also i would refer him to anyone who has a criminal felony or misdemeanor case.