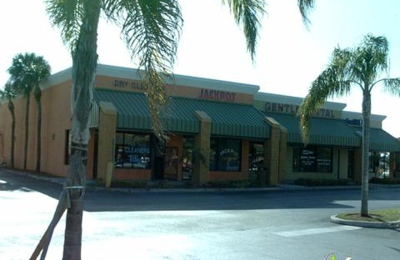 below zero customer service, damaged my shirts and they charging me for cleaning them!!!! low class lier and unprofessional ,what a nasty rude staff, i would not recommend them to anyone

I had gone to this dry cleaners for about 2 years with no issue. I had been very happy with the service. Which is why I am giving them 2 stars for previous performance. Until recently, I had the blue rayon dress that i had brought to them multiple times and was done correctly in the past. The last time I brought it in, the dress was wrinkly on the bottom and when I asked for a redo. They only did so after being combative over that the wrinkle won't come out. They took it back anyway and the wrinkle did come out even though they said it wasn't possible. I took it to wear to my wedding rehearsal out of town at which point I noticed the pockets were not pressed. Normally that would not matter but the dress did not lay correctly because of the thin nature of the material. So upon my return, I thought I would go back and talk to a manager so this doesn't happen to someone else, I did this because I CARE about small businesses and want to make sure they knew what had happened. ( and get the pockets pressed).The first girl wouldn't let me speak to a manger and said they don't press pockets, which surprises me because they are a dry cleaning service and they had done it before without me having to ask. I asked to speak to a manager who was immediately rude and started getting very defensive. I said all I was looking for was to have the pockets pressed (i didn't want a refund or a complete redo) The manager with attitude took the dress and pressed the pockets and would not even return it to me personally but gave it to the first rude girl. After this frustrating incident I thought the owner might want to know what happened...BOY WAS I WRONG. He was already defensive because he spoke to his staff, but became rude as he (the owner) told me it didn't matter and WE DON'T HAVE TIME TO PRESS POCKETS!! I don't know a dry cleaners that doesn't press pockets even if it’s through the outside garment. I normally don't take the time to write reviews, but I would be concerned if you have any real issues with from this "real" dry cleaners. I don't know how they can pride themselves on standards

This is from their website: Inspection: Before we return a garment to you, our employees conduct an inspection to make sure your order has met our own and your expectations. If we spot a problem, the garment gets sent back to receive further attention. Safeguards like this help ensure that your clothes will look their best when you come to pick them up.

Mistakes happen and IF they really cared they would have at least listened to me Or just been apologetic. The OWNER JIM should be disappointed with his customer service skills. Customers just want to be heard without being spoken to so rudely right off the back. I would hope this is a onetime issue, but I am not sure if I will return. Maybe he and his staff were having a bad day...SAD because I had spoken so highly of them in the past and really enjoyed them prior to this incident.

Ruined my favorite cashmere sweater by making a hole in it and leaving large white cleaning fluid spots on front & back. Owner Jim said he sewed up the hole on the front of the sweater (which only makes it more obvious), implying that should solve the problem & intimating that I made the hole myself. Then he said it was worthless anyway because it wasn't new & I brought it in with stains on it (why else would I bring it to a dry cleaner!!), adding that since it was a gift & I didn't pay for it, it had no value. Refused to admit any responsibility. Said I could complain to Better Business Bureau but they wouldn't do anything because the $500 sweater was more than 3 years old. Did not even want to return the $6.50 cleaning fee. Upon my departure his staff insulted me ("You're JUST an elderly woman with an attitude" - I'm 53). I'm a business owner & would never treat a client the way I was treated. It is an understatement to say that I do not recommend this dry cleaner.