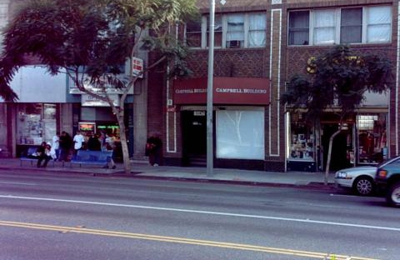 Alvarado Rey Agency is a respectable agency, which selects very carefully the people to represent.Nikkolas Rey is a really nice guy, he is always there to help and give advice.

The job of a talent agency is to sell talent. It is not an extraordinary thing for a print model to be asked to take off his shirt. An agency has to know what they are selling. If someone mumbles it is also not unusual for a talent agent to suggest they open their mouth a little wider when they speak. The goal is to help you increase your marketability. My experience of the Alvarado Rey Agency has always been that of professional behavior and people who genuinely care about getting people work. But if it appears that you are not marketable- yes, they will release you so you can perhaps find someone who thinks they can sell you.

Submitted headshots online and was immediately called the following day to stop by for an interview. The location is in the heart of West Hollywood and the agent who greeted me was Nikkolas Rey. Seems like a nice and sincere guy but was very criticizing about me. He wanted me to open my mouth wider when I spoke and to move my upper lips when talking. Then he had me take off my shirt and proceeded to get even more touchy feely by putting his hands on my abs to demonstrate proper breathing techniques. He did sign me up but wanted some photos of me in a tanktop which I later delivered. Said I didn't have a smile on this new headshot so he wanted another photo with a smile. Didn't like the new one as well so he called me in for a meeting. This time, took me all the way back to the alleyway behind the agency and said I was too shy in person. Wanted me to be a little bit more wild and had me take my shirt off again. Also told me to unbutton my jeans this time and pose more casually. Really uncomfortable and a little embarassing but that's what he wanted me to overcome. I was signed up with him right before Transformers 3 came out and was immediately dropped 2 months later! While being represented, I was only send out ONCE for an audition that was posted on Actors Access which is easily available for the open public! Anyone can get these kind of auditions on their own for god sakes just by going online themselves! Besides that, I got absolutely nothing. The only thing I did get out of this was a creepy experience I wish I could forget. Good luck to everyone!