SERVICE ON ALL MAKES|THERE'S COMFORT IN STRENGTH

General Info
* Residential - Commercial - Industrial Remodeling * 24-Hour Emergency Service * Sales - Repair - Installation * Visit Our Showroom
BBB Rating
A+
BBB Rating and Accreditation information may be delayed up to a week.
BBB Accredited businesses follow the BBB Code of Business Practices and pay a fee for accreditation review and monitoring. Accreditation is not a BBB endorsement or evaluation of the business’ product quality or competency in performing services.

BBB Rating and Accreditation information may be delayed up to a week.
Hours
Regular Hours
Emergency Hours
Logo 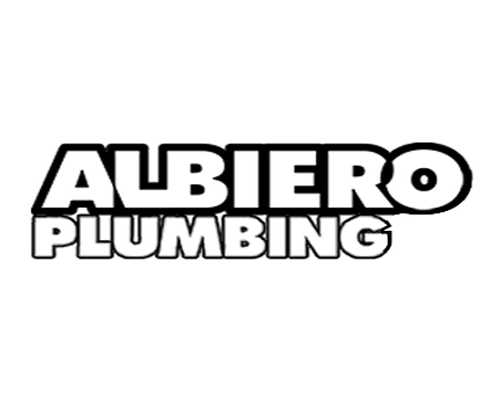 Thank you for coming after a big snowstorm and helping us with our reverse osmosis system. And especially working with our work schedule I called and made an appointment and you came the next day. You arrived very promptly when you said you were going to you are very helpful thank you for explaining things to us and we found the shut-off valve to the dishwasher

After 2 months of cancelling and rescheduling, the guy came and recharged my hvac system, i tried to explain the next day that it wasn’t running right and he came and was extremely rude and disrespectful. Now i’m left with an air conditioner that isn’t cooling to the correct temperature and no one to fix it as i rent and they always go through the same dumb place. Very disrespectful, could not believe it.

It was Friday night and the beginning of a bad snowstorm has begun. I came home from work and my furnace was out. My house was down to 50 degrees, and the weather forecast was calling for 10-15 inches of snow and bitter cold temps. Normally, I can just give my furnace a little smack and it will come on... not this time. I called Albiero, they were there within 20 minutes, and Bob came in and had my problem fixed in less than 10 minutes. Wonderful, professional, and truly helpful in my emergency situation. I will definitely use Albiero again if the need arises, and will recommend to anyone who needs their service. Thanks Bob! You're an angel!

though my well pump was bad, turns out it was a clogged section of pipe, John had me back up and running in minutes. Great experience, highly recommend!

I called for emergency plumbing for no hot water on a Saturday afternoon. I rent the home and was willing to take the bill. They refused to come out because my landlord said No. I was willing to pay. Sad sad sad

The job I had done by Albiero Plumbing definitely met my expectations. I would be very happy to do business with them again in the future.

The service technician that came to our house was a definite 10/10 in my book. Everyone who works at Albiero Plumbing Inc knows exactly what they're doing.

I really like everyone that works for Albiero Plumbing, They always answer when I call, there are never any problems.

The service technician we had come out to do the work for us was great. I really liked him and they did a great job. They were able to answer all of my questions and all of the work was performed on time as scheduled.

Albiero Plumbing is very good at what they do. Not only do they perform great work but they are able to answer all of your questions. They are very knowledgeable in there field and I was very happy with the work they did for me.

We had two guys come and work on our project from Albiero Plumbing. They were both very good and were able to answer all of our questions. They showed up on time and did the job and left. They worked hard and we would definitely use them again.

I would like to thank Albiero plumbing for standing behind your company's work. They gave me such a good deal and really worked with the price because of having to come back a second time. Its so refreshing to work with a company that stand behind their work and their word.

I had a water problem in my house and Albiero Plumbing was great to work with. I had water coming through the baseboards in the bathroom. I called on a Friday and they got right back to me. They were very courteous and kind. They honestly did an outstanding job.

The repairs that Albiero's personnel made to our homes have been very much appreciated. Great work!

Matt Jr. was fast to help with my sewer issues and got me back up and running. They even put a cloth on the basement steps to avoid getting them dirty. Appreciated that.

POOR SERVICE -- AVOID AT ALL COSTS!

On Jan. 16, 2014, I had an appointment set with Albiero Plumbing, Inc. to install a new water heater, fix a leaking kitchen sink and repair our main level toilet. The receptionist advised me that they would be sending a plumber after the noon hour, but that it would be sometime before 2 p.m. as water heater installations take a few hours and the "guys" do not like to start an installation too much later than 2 p.m. in the afternoon. Per this information, I took the afternoon off of work (4 hours) so that I would be home in time for the plumber's arrival. Shortly after 2 p.m., I called Albiero to see when I could expect the plumber. The receptionist said I was the next on the list. Nearly TWO HOURS passed before I received a call from the Albiero receptionist who wondered if it would be an inconvenience if we rescheduled the appointment. I told her that yes it would be an inconvenience because I had taken off of work to have my water heater installed that day. She advised me that the plumber who had the water heater on his truck was running late at a job and would not be able to make it that evening. I told her that at the very minimum I need my broken toilet and leaking toilet fixed as I would be out of town that weekend and would not be able to reschedule until the following week. Shortly after 4 p.m., a plumber finally arrived. He replaced a fill valve in the toilet and repaired the leaking kitchen sink. He was there and gone within 15 minutes time. When I received the bill, I was shocked to see that two hours of labor (@ $99/hour) was charged in addition to a $45 service fee. When I called to question this, the receptionist told me the owner would have to call me back. I waited two weeks for my phone call to be returned before finally deciding to call again. When I was finally able to connect with the owner, he was nothing but rude. He did not apologize once for the service I received (a simple "I am sorry that happened to you” goes a long way!). He informed me that the service charge is to keep the doors open and that the labor charge is from the time the truck leaves the shop until it returns. This baffled me. As someone who formally worked at a plumbing and heating company, I was shocked. Typically the service fee is used to cover the cost of the trip (gas, mileage, etc.), but apparently this is not the case at Albiero. It may also be worth noting that I was told prior to my appointment that the service fee would be waived due to the size of my original job. I guess the cost of their poor scheduling is left with the customer.

I am completely appalled and dissatisfied with the experience I had with this joke of a plumbing company. The next week my husband contacted another company to complete our water heater installation. This company showed up on time and billed us nearly $200 less than what Albiero quoted. I will never call Albiero Plumbing, Inc. again and would advise anyone else considering it to do the same.

Attention to detail, high-end installations, and an organized approach made our entire project worry-free for us. Great service.

Your staff's attitude is so important to use. Our tech never made us feel that we had been part of the problem by not taking care of our plumbing sooner. Instead, he discussed our options with patience and clarity and went about his business with professionalism.

We've used Albiero Plumbing for over a decade. They've done excellent work on our kitchen and three bathroom projects. Their technicians are prompt, polite, knowledgeable, and they clean up after themselves. We wholeheartedly recommend Albiero Plumbing!

The tech that came over identified the problem quickly and had it fixed within and hour and a half. Thank you for such prompt service!