Now offering Traditional Half Round Gutters.

General Info
Since 1992, Rowley's Rain gutters has been installing high quality precipitation drainage systems throughout Utah to save you both time AND money! Give us a call! free estimates available!
Hours
Regular Hours
Services/Products
Payment method
cash, check
Neighborhood
Washington
Other Link 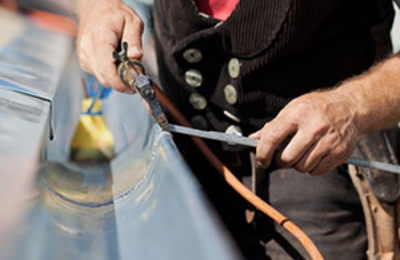 I called once to have gutters put on my home. He promised he would come by and look at my home. My wife stayed home all day waiting for him and he never showed. A couple weeks later I called again and he promised to come by on Monday. Once again my wife waited and he never showed. I strongly recommend using a different contractor.

If I could give him no stars that would be the case. He is the most unprofessional person I have ever met. I called him the first time and he was very nice and accommodating. Remember, all I asked for was a quote for screwing in half of a rain gutter that had blow away from the roof. I could have done it if it were not the side/back part of the house of a walkout basement and 30 feet in the air off a rock embankment. My point being it was a simple request for a simple job. He told me he would come look at it and then call me. A week later I had not heard from him so I called him again and reminded him of the situation. He remembered and said he would be by in a few hours and would call me with a quote. A couple days later I had not heard from him. I thought I would give him one more chance since it was a simple job and not urgent. I called him again and he literally hung up on me. Feel free to use him if you would like. Im sure he is a good person but the way he handles a professional business is sad and frustrating.