General Info
Fireman's Fuel provides heating oil delivery, heating system installation and repair, and air conditioning system repair throughout the Greater Boston, MA area. Order heating oil online conveniently on the Fireman's Fuel website!
Email
Email Business
BBB Rating
A+
BBB Rating and Accreditation information may be delayed up to a week.
BBB Accredited businesses follow the BBB Code of Business Practices and pay a fee for accreditation review and monitoring. Accreditation is not a BBB endorsement or evaluation of the business’ product quality or competency in performing services.

BBB Rating and Accreditation information may be delayed up to a week.
Payment method
visa, master card, discover, amex
Neighborhood
Greenwood
Other Link 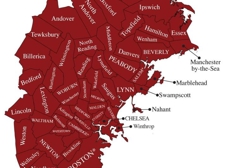 I was having an issue where my hot water wouldn't always work. Fireman's came back to my house a total of 4 different times and NEVER fixed my hot water issue actually made it worse. I went from having hot water sometimes, to no heat or hot water at all. Keep in mind my boiler and piping was installed in 2009 so this is a very new system. Every time the tech came out something else broke and they gave me some lame excuse for needing the new parts. The last time they came out, 4 parts later totaling $600, I requested to speak with a Manager and the owner Bill ended up coming to my house with a tech. I had the same exact result with him except I had the pleasure of actually arguing with him in my basement while my 2 kids were upstairs watching TV. The owner, Bill, is extremely rude and unprofessional and it's shocking that he runs his business like this.