Get your free in-home or virtual quote today! 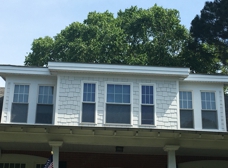 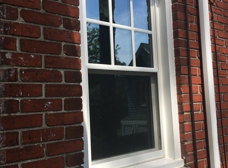 While it did take a while to get the windows in due to the viral plague, the team in Virginia Beach knocked it out of the park for us. We had some custom repair work we had requested, and to be honest I was concerned about how it would go as we have had an issue in the past with a different local home improvement company. Window World did some amazingly creative work with pvc, which was better than I had even hoped for. The bigger thing I noticed, was the teamwork of every member of Steve's group. They came in, were professional, got to work as an effective and precise team. I have managed people most of my life, and I was so impressed with their professionalism as well as their abilities. They told us they do roofs....they will likely be doing ours next!

Explained the process, in and out, maintain covid procedures, clean all areas. Thank me and were gone.

This was the 4th job Window World did for me. Their windows are beautiful, functional and sturdy. Their siding workmanship is just outstanding. I couldn’t be happier.

I replaced an acrylic block window in my master bath. Window World was very responsive to my request for a quote. Their representative arrived right on time, was very knowledgeable and quickly gave the estimate, taking all necessary measurement. He provided detailed literature on the product. The window was custom made. As soon as WW received the window they called to schedule installation. The installation arrived on time and had the window replaced and all inside/outside cleanup done in 45 minutes. All their people are personable and professional.

I had windows replaced. Excellent service from start to finish. The installation went smoothly & looked great! Highly recommended and I will use the again when I replace my patio door. Great job Window World!

No hard pressure sales - the warranty and the quality of the windows make the sale. I was given date for install and the crew was on time, professional, friendly and well-organized. They finished and left no debris. I was concerned that the windows had not been cleaned, but it turned out to be an unknown substance spotting all of them and WW sent a man out who removed all spots and cleaned all the windows. Would recommend WW to anyone.
Karyn
March 2019

As a customer what is most important to me is how I’m treated if you require any warranty work to be done. I had twenty windows installed and siding-both with lifetime warranties. I needed some follow-up service and recieved great customer service. That alone will be enough for me to buy again and refer others.

Absolutely satisfied with Window World. The Sales consultant was very thorough with explaining the various window types and options, demonstrating how their product is constructed, installed and trimmed. The installation took just half a day with a very professional crew that cleaned up nicely after they were done.
This was done in July of 2015 so we've experienced the windows performance through two summers and a winter. They performed perfectly through the winter with no cold drafts like our previous contractor grade windows had. The summers had many heavy rain and Hurricane Matthew storms with no water incursion.