From Events to Memories

General Info
Welcome to Amigo Party Rental! Amigo Party Rental is one the largest and finest party rental equipment facilities in the Ventura area. Our inventory includes large party tents, banquet furniture, wedding accessories, restaurant equipment and much more. With years of experience in the business, we can provide you with all your party needs to make your occasion special. Serving: Camarillo, Newbury Park, Thousand Oaks, Moorpark, Westlake, Calabasas, Santa Paula, Ventura , Ojai, Oak View, Oxnard, Simi Valley, Carpinteria, Montecito, Santa Barbara, Goleta, Santa Ynez, and surrounding areas. If you have any questions or comments, please feel free to contact us. We look forward to hearing from you soon.
BBB Rating
A+
BBB Rating and Accreditation information may be delayed up to a week.
Hours
Regular Hours
Logo 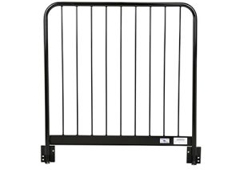 Do not use this company. We hired them for a party on 9-13-14. The tent, when it came, was dirty and ripped, looked super crappy. When we complained about it, they came out and gave two smaller replacements for the one large, but charged us an extra fifty bucks. The party was starting and we had no choice, so we agreed to it. The party was Saturday on the beach, and Sunday nobody came from the company to take the tents down or collect them. The winds came up strong, and nobody was answering at Amigo, so to protect the tents we took them down. Nice of us, I thought. Now they are claiming that the second tent they brought us is ripped, when actually the only ripped one was the original one, ripped when delivered. Plus they are trying to charge us for "bent bars" on the frame?!!

And they (Jesus, in particular) are being very rude with us on the phone over all of this. I can not imagine being less impressed with this service, nor with the attitude of the employees now that they have our credit card. They were very nice before they took our money.