General Info
* New And Pre-Owned Vehicles * Build Your Own Vehicle * Parts And Accessories Check our website for hours of operation in various departments.
BBB Rating
A+
BBB Rating and Accreditation information may be delayed up to a week.
Hours
Regular Hours
Extra Phones 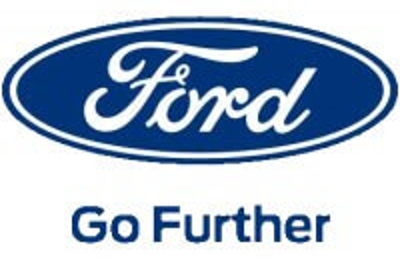 Horrible service!! bought a 2010 ford fusion from this lot. transmission went out in 1.5 years. talked to the dealership and they were unwilling to help, ended up having to pay out of pocket $5,500 for a new trans. you would turn anyone asking about this dealer away from going there. 2015.
2nd run in. dealership was taking ford trade in's so i tried to trade in the fusion, sales guy (young kid) lied through his teeth, promised everything told us it was a done deal, after waiting 3 hours, the kid never returned. a sales manager asked us if we were being helped. told him that we were waiting to find out about the trade in, he promptly told us it wasn't going to work out. whole day wasted! fast forward to Tuesday the 12th 2018. parked in the car lot, was walking over to the truck side, when the same kid that we got messed over by in the previous transaction stopped us and asked if he could help us? i said "you can't man" he said why not, and i quickly reminded him about the last time. he looks at me and says "what are you doing here." i said "i am going to look at a truck". he looked at me and said "why are you parking here then?" i said "well i can move if you would like" he says "yeah why don't you do that!" so we got in our car and drove across the street to the truck yard. very very unprofessional and extremely rude! i should have just left at that point! but i ran in to Nick, told him what had happened, he told me that he would have a talk with the manager, so we talked to him. looked at a truck that i was interested in, went thru the test drive, ran thru credit app but i told them that i wouldn't have the down payment until the following Friday, they ran my credit after we left and after we made the arrangement to finalize everything Friday. followed up with Nick Thursday to confirm we were still on. he told me yes we are. so i followed up by looking on there website after talking to Nick. the truck i have been working with them on was sold Thursday. i have wasted a lot of time and even took a loan for the down payment for this truck based on what the sales and financing guys told us, now left high and dry with a loan that i am paying on! very shady and unprofessional.

I was looking for a new car. I had been to three different car dealerships looking at different models. I appreciate how laid back Frank Lacko was at Vancouver Ford. We were totally up front that we were just looking not buying, and he did a great job helping us to look at the Accent we were interested in. The process was so painless, we agreed to hear what kind of deal Frank might be able to get us, and Vancouver Ford came up with such a great deal on the new car and our trade-in, that we just couldn't refuse. In a matter of an hour or so, we were driving away with a 2012 Accent. This was probably one of the best car buying experiences I have had, as I hate car shopping! Thanks, Frank!

I walked in to Vancouver Ford just to look at new trucks. I met Dave and was greeted with first class customer service. They gave me what I wanted for my trade in and I walked out with a brand new F-350. They beat my local ford dealership by 4,000 dollars.. I highly recomend The Vancouver Auto Group..

Im not a car person, I don't know much about cars. But, Zach Shaver from Vancouver Ford convinced me into buying a car worth a reasonable price. He knows a lot about the cars and he's very polite and patient. He didnt rush me into buying my car. I would recommend Vancouver Ford to anyone who is having trouble with finding a car.

I have purchased a car from Zach Shaver in the past and had a great experience with him. After car shopping at numerous car dealerships I found that Zach was the most knowledgable and nicest person to work with. I would highly reccommend Vancouver Ford for anyone looking to buy a car in the future!! :)

I've bought numerous vehicles from Vancouver ford. I've always been treated the best by Zach Shaver one of the nicest sales people I've encountered. I would recommend Vancouver ford and their staff to anyone looking or a new or used car.

Although my circumstances didn't allow me to purchase a new vehicle, I know that if I do I will purchase one from Anthony at Vancouver Ford. He was really nice and friendly and didn't push me into something that I wasn't comfortable in. I look forward to going back and buying a car from Anthony.

I was checking prices on cars and Greg helped me out with the best service i have ever had I will buy my next car from Greg!

I had a wonderful experience. Greg was so helpful and knowledgable.

I Recently bought my 2008 f150 Harley Davidson from Vancouver ford and Zach shaver was my sales rep! He was very knowledgable and helpful! I would recommend this company to anyone!! I love my truck:) best car buying experience yet!!!!!!

I LIVE IN OREGON AND BUY AT VANCOUVER FORD! I live in Oregon and tell all of my friends and family to drive across the river to vancouver ford. I have purchased 3 vehicles from them and every time I am thouroughly impressed. The sales staff is great! They are profesional, knowledgable, low presure and easy to get along with. They always follow up after the purchase and are very helpfull with any questions I have after the sale. I'm completley satisfied and would definently recomend Vancouver Ford!!!

Spent weeks trying to find the perfect new ford.. I was told over and over again that I could not get the color I wanted.. After weeks of exhaustive searching and pounding the pavement until I was spent.. I went into Vancouver Ford where a nice man named Justin Crawford listened to me and was attentive to my needs..
After a short very pleasant deal.. I finally got to take away my new brown ford...Thanks Justin for helping me to finally get it in the brown...

Recently I had my â??02 Honda Accord LX serviced at Quick Lane because it was in need of brakes. After examining the condition of front and rear brakes, two disc-type and two conventional types, they suggested I have all four serviced. I was asked to look at the front discs, both of which showed an unusual wear with streaks of rust in valleys where the rotors were not making contact at all. I was told that machining would not eliminate this problem, and it was decided to replace the discs altogether.

During the inspection of the vehicle the technician found that I had transmission fluid leaking from a seal, a job I had done elsewhere. I was told to have the repair facility take care of the leak before it would cause further damage.

The people at Quick Lane, from the service advisor to the mechanics who did the brake job, to the fellow that washed my car thereafter, to girl who called to see that I was satisfied with the service, were very knowledgeable, efficient and friendly. The repair cost was within the original estimate given. I recommend Quick Lane highly

I just wanted to relay my recent experience with the Vancouver Auto Group. I just bought a used car off Craigâ??s list and the old owner told me that all the service work was up to date, He had no records of the service done. I took my car to the Vancouver Auto Group service department with my concerns. I had previous experience with them and trusted them with a complete inspection, something I should have done before I bought this car.
On the inspection it was discovered that the timing belt was way over due to be changed, the brake and transmission fluid had never been changed. My service person showed me all the issues and recommended the timing belt be done immediately. He said they would let me know about any other concerns will doing the belts. They were very helpful with my schedule and provided me a shuttle home and picked me up when done. I will continue to be a loyal customer.

I bought my last 2 vehicles from Vancouver Auto Group, and they took great care of me. The online department gave me an awesome deal, and helped me get all the information I needed. I make sure that all of my friends and family go and see them and continue to service my vehicles there as well. As a matter of fact, my truck is in the body shop right now being repaired after I was rear ended. I'm sure they have issues like any dealer, but I know that they have always treated myself, my friends and my family well and I will continue to give them my business =) Great Job Vancouver Auto Group!

my mom did not have a car for a reson and vancouver ford came and picked her up she was blind in one eye and appartly on verge of stroke and asked her if she wanted to test drive and she agreed and not even getting out of there car lot hit there truck in the parking area and still sold her the vehicle, two days later my mom had full blown stroke and till this day denies anything was wrong with her but every one at the hospital and nursing home could not believe that vancouver ford took advantage of her disablityand sold her the car and they would not even return her money,

took 1996 ford in missfire#4 cly small shop told me cant fix no code only ford dealer has it well they fix it $100.00 started for home bang #4 missfire called told me bring back and for $130.00 will tell me what is wrong and how much to fix told them to x off got here at your own risk o they made me put up star

I have serviced my explorer here for years and they always treat me with respect and are fast and friendly.

These guys are affordable and do a very professional job. I will always get my cars lubed here and thanks for the free car wash!

The entire process was far more trouble than it was worth. Multiple trips to the dealership, constant changes, feigned ignorance to most questions. Total change in attitude once you sign the contract. My new car was not very clean, no one bothered with any sort of presentation or demonstration of features. I had done all my research so luckily I already knew what I wanted and what the car came with (a fact that I did not share with them). As annoying as it all was I don't think they are any worse than any other dealership. Advice: If you have a car, sell it privately first. Then arrange your own financing, decide what car you want, get an internet quote from all the local dealers for that make, walk in and buy it at the agreed price.