Overland Plumbing is a family owned and operated business specializing in quality plumbing services. Over the past 25 years of working on residential and commercial establishments. 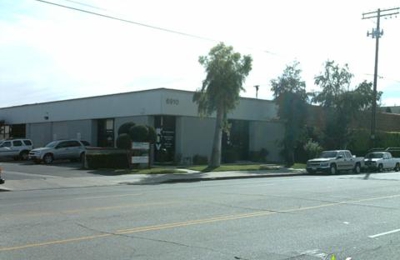 Saw a Facebook Advertisement on Affordable plumbing & was curuious so I called Overland Plumbing & Requested an estimate. literally the next day I get a pleasant curtousy call reminding me of my appointment. got a new sink replaced the right way! & was fast. I paid a totally different price compared to other plumbing companies in los angeles. thank you elena for being so kind and understanding and sorry for freaking out I didnt know what to do and needed to get my problem fixed asap! I recommend this company on any sink or toilet replacements as this is what my service call was about. I rate overland plumbing a 4 stars for their expertise & knowledge & most of all their promptness. appreciate u guys so much! !

We found an ad in a coupon mailer and decided to give them a call to get an estimate on a tankless water heater. They agreed to come by the house during a 3 hour window and never showed up. They called back and said they would be late and gave another 3 hour window and again didn't show up.

Finally they called back and agreed to meet today (Monday) at 8am and once again, DIDNT SHOW UP. We called to ask whats going on and they said they would call back and never did. THANKS FOR NOTHING!

Thankfully, this was just for an estimate. I'm glad I didn't need any real or emergency service from this company!

This is not overland plumbing it is a service that will match you to a plumber or vender. It is not what it seems to be.

I don't want to think about quality of the service if they can't keep the appointment. they offer a free estimate over the phone.

I can't imagine working with this people

I am a single mom with 2 kids who are still toddlers. I live in an apartment with one bathroom and needed a plumber quick. My toilet was clogged and I ended up having to borrow my neighbor's restroom for a day. My kids often use the toilet, so I knew I needed to get this fixed as soon as possible. My landlord recommended that I call Overland Plumbing and sure enough they came to fix my toilet in a hurry. They also called a few days later to check up on me and see if everything was still running properly. I am very thankful for the service they provided.

My apartment was completely flooded when I got home from work one day. I didn't know what to do so I asked my landlord to fix the problem. My landlord did absolutely nothing to help so I had to call one of my local plumbers. I called Overland Plumbing and immediately they sent a plumber quick to help repair my leaky pipe under my sink and bathtub. The plumber from Overland assessed the problem quickly and took action as soon as he got all his tools together. He fixed the pipes under the sick and replaced the faucet to prevent further flooding. I highly recommend Overland plumbing to fix all plumbing problems before it's too late.

I was in desperate need of a plumber for my apartment. I have one bathroom apartment and my toilet was clogged. I had to use my neighbors bathroom for a few days before I finally hired a plumber to fix my toilet. Being a busy woman, I had no time, energy, or skills to fix the toilet myself. So luckily, I found Overland Plumbing. The plumbers here are the best in the business. They knew exactly what to do. Within a few hours they got the job done and got my toilet to flush again. I couldn't thank them enough. The plumber was a life-saver I will definitely be calling them again for all my plumbing needs. Thank you Overland.

Had a problem with garbage disposal. They did service call the same day, and then fixed issue on the spot.

Did a great job, reasonably priced. I would recommend them again.

I just moved into a new house a few months ago and needed some major plumbing help. I not only had a clogged drain but I had a leaky pipe. I immediately called overland plumbing and they were quick to respond. They quickly fixed my drain and pipes and finished the job 100%. I will definitely be calling them again for any of my plumbing problems.

The company was pretty prompt in their dealings with me. Overall very satisfied. I think they cover a wide area in the Greater Los Angeles, but their punctuality is fair.

Had them re-pipe my home including getting a new water heater. Called them when my water heater was not working on a Friday. They came out for 5 minutes on Sunday and inform me that there nothing they could do because the manufacturer was close on Sunday and they would be back on Monday. Charge for Sunday visit.. $180.00. Came back on Monday and had to do a ""testing"" to find out the problem. Not once was there a cost mention or did they get approval to do the ""testing"" Cost for testing $300.00. Was told there was a leak in one of pipe in the back yard and to fix it would be another $800.00. When I told them that I was not going to play this amount of money and would not give them my credit card number, they shut off all the water and shut off the water heater. When we look at the ""pipe"" that had a leak, it looked like someone saw a hole.
I have no problem paying a ""service fee to come out, but playing $480.00 when the problem was not even fix yet, it's a rip off........... Get another plumber because ths compony is DISHONEST:)