We're Gonna Save You Alot Of Money! 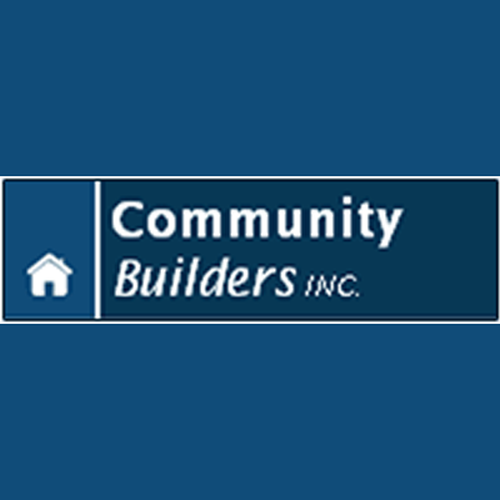 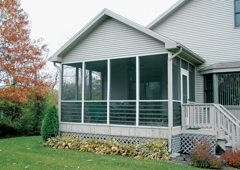 I didn’t really know who to use for my windows, but after I searched online I found a bunch, I had 2 others come out and then Community Builders and I’m glad I did! The sales person took the time to show me and my wife the inner workings of the window, the other companies didn’t do that. We had them do the job from the time we signed to when the job was done was 7 wks, we are happy, our house is happy and our utilities are happy too.

They did not show for a scheduled appointment set 3 days prior. I called to get info. as to why no one showed. I was told they tried to call the day before & since they didn't reach me they canceled it. I asked them what number they called? Hesitantly, the woman stated my number with one wrong number. I informed her when I personally made it, that was confirming it. Since I had not canceled it, the appointment was still set. I informed I made arrangements to be at this appt. as I did not live in the home. The reply was "you don't live in it?" Not I apologize, let's see what I can do. etc. I was quizzed as to why I didn't live in it? was I married? etc. All the questions I had already been asked when I called this Co. & made the appt. I stated I was rehabbing a home & had told these details to appt. scheduler, and was sure other customers had rehabbed or remodeled homes they would never live in as investments etc. Not unusual. I was treated suspectedly & I went thru an inquisition when I called to simply make an appt. & when I called to find out why no one showed for my appt. Which made it clear to me the staff is trained to do this since it was 2 different people. Isn't it "Buyer Beware" not the other way around. All red flags to me. I did not reschedule.

I give customer service call center zero rating. I contacted community builders to have my shower remodeled, left a message they called back and the assistant manager Alicia was VERY RUDE. She hung up on me because I am the owner and paying customer for remodels in my home and she stated since my husband and I couldn't be at home together I could go else where and look for someone else to do the job and she hung up. If this is the way community builders treat their customers then she's right I will take my money else where because the way they treat you maybe the way the work is done and I don't want to pay for sloppy work. Thanks Alicia for your unprofessional business! Hopefully you don't cost them more business with your rudeness.

What a bunch of high pressure, lying scumbag sales people, when you call them the first thing they ask is if you are married or they won't send a representative out. The representative lied about most everything he said and tried to sell me a $6200.00 roof for $18000.00 if I agreed to sign the contract while he was there otherwise if he had to come back to sign the contract it would be $24000.00. He tried to make me believe that I would never have to spend another cent on the roof even if a storm damaged it 50 years later they would either repair or completely replace it. I checked them out and I cannot give them a good report and roofing licensing will show unacceptable. The quote he wrote on the back of his business card (how professional) while all the other sales people had a complete printed out estimate along with a Letter head at the top and a copy of their warranty.

I scheduled an appointment at the fair. No one called or showed up. I waited a week and called them. They asked if I was married, I was surprised by this. Then said they weren't able to quote without my husband? ? ?? What year is this? 1914 ?!?

My wife and I both took off work two days in a row and the representative never showed up of called. Then the office people never even seemed to know what was going on and tried to blame ME for it happening. What nervr. Wouldnt trust these people to walk my dog let alonr di work on my home!!!

Never showed up for any if the appointments!!!

If I can't trust you to show up to SELL me your service why would I trust you in my home to actually do some work?

Shameful for a business to treat potential customers in such a manner.

If I could give no stars for a rating I would. This place is a joke. I have had 4 appointments scheduled with this company and never had anyone show up. Finally talked with a supervisor this evening and she couldnt understand my frustration. If they cant show up for an estimate I'd hate to see how they actually handle a job.

Community Builders is good. Thank you for all your hard work.!

Having Community Builders do the work makes us feel very fortunate. They know everything they can about the products they use and perform above and beyond all expectations.

Did an unforgettable job on my home. My wife and I can't thank you enough for all the hard work you spent on making our dreams come true. Thank you much!

I was very pleased with the finished product and I would tell this to anyone. They did good work and were on time.

I had a very good experience with Community Builders. Everything went right on schedule and they were very professional. Very friendly and courteous. Highly recommended.

The did siding on our house and we were very pleased with the work and the friendly crew. I love the look and the installation went very smoothly. I would use them again for other projects.

I had a great experience with Community Builders. The work they did on my house was excellent and I even got some good comments from neighbors. I have already been recommending them to people and I will keep doing so.

I had a great experience with Community Builders. Everything went perfectly and they were all very good to deal with. No complaints!

The new windows are looking great! They did some quality work. Excellent installers.

I've found Community Builders to be very helpful and professional and I am very impressed by their skills. I plan to use them for future projects and I have been recommending them to my friends and family.

They are poor business people and totally unfriendly to new customers. We set up an appointment that they confirmed 3 TIMES then didn't show up!!! When we called 45 minutes late for their appointment, their rep was 75 miles away and couldn't even make a phone call to reschedule or apologize. FOR TWO HOURS HE HAD KNOWN HE WOULD NOT MAKE IT, BUT COULDN'T TAKE 2 MINUTES TO CALL!! He had our phone number to call and confirm but just didn't care. When we called the office, they could have cared less and just wanted us to try another shoot and hope. Don't trust anytime they give you, because they really don't care about YOUR time!