Create Paradise In Your Backyard. 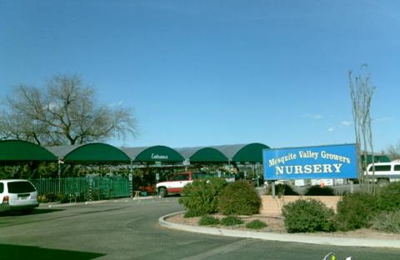 Other nursery call Mesquite and they had the plant i thought i needed. Consultant 'NATHAN B' was most HONEST, HELPFUL and KNOWLEDGEABLE employee i have ever delt with in my 68 years. When needed, i will return even though i live west of Saguaro Nat Pk west. Tks Nathan B.

This is the most unfriendly business I've been to in Tucson. The scraggly gray haired woman is just mean. Not much for customer service either!

we can get lost for hours wondering around Mesquite. The staff is VERY friendly as well as knowledgeable about every plant they have in stock. You can see the quality and care at this nursery, and even though it is huge, you can always find someone to help you if you need it.

We purchased an orange tree just after we moved to Tucson. After speaking with John at length and relating where we were planting it on our property. They gave us the name of the guy who does planting for them. The total cost was around $450.00. When the tree had a HUGE setback we went to there place of business and were told TOO BAD by John. We asked to speak to the manager. The owner approached. She was completely RUDE, LOUD and refused to even discuss the problem with us. Apparently they do not stand by any trees, plants, shrubs or bushes that they sell even if you use the person to plant it that they recommend. They said that they would get it to grow to its original size, but we had to bring it to their property. This is a very large tree in a 24"" box. We had to pay to have it delivered to us. We refused. It has now been 5 years and with great deal of attention on our part, it finally has flowers. Hopefully it will bear fruit. The tree is still only 4' tall. When we purchased it was 6'.

These guys have everything! Every kind of plant from desert natives to the oddest hard to find species, and there is always someone there who knows all about it. It's a great place to go spend hours wandering around because it is huge and parklike in many ways. There are many friendly cats to greet the feline lovers. Also a great place to look for gifts for that person you never know what to get for. We could spend all day there.