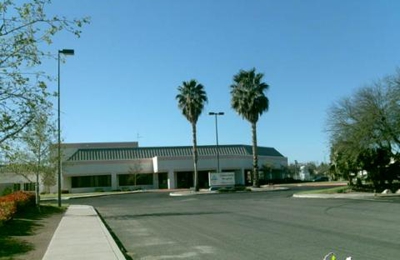 First, let me say that the nursing staff we dealt with was / is excellent! Liz ... Michele ... et al, THANK YOU!!! You were all awesome!

The AIM team (doctors)... not so pleasing. Is it a standard among medical professionals, i.e. doctors, to look down their noses at a patient and their family members; to treat others as if the doctors' plane of existance is far above, esoteric in essence, so that taking the time to explain to the ""unlearned"" is far to costly to them? Well, that is how it felt to us ...(our brother being the patient).

It will take far too much time and space to explain the situation entirely, but to stand by the bedside and observe doctor after doctor explaining to a sedated patient in out-and-out full medical terms what is being done, and then asking him if he agrees and if he consents, and then turning and telling his family that it is what he wishes KNOWING THAT THE MEDICATION WILL EVENTUALLY KILL HIM... Well, no ... this isn't quality care. Then on top of this, they moved him to another hospital without notifying any of his family so that when we arrived at this room to see him, well, it wasn't pleasent.

ALL of this pertains, not just to Cornerstone but all of the medical facilities that have treated hiim since his first aneurism operation that put him into his current condition.

From the time his skull was opened ten + years ago and the surgeon missed removing a surgical sponge, up to now where he keeps asking for pain medication, and they, knowing full well that he is addicted to it, state that they ""HAVE TO GIVE IT"" bacause he asks for it!!! The medical staff of Tucson that my family has had experience with are the worst in the country as far as we are concerned. Not much more than careless hacks from our experience.

The last doctor that I personally spoke to said ""It is up to you to get him well. If he is in pain, and asks for pain medication, we are going to give it."" And then proceeded to explain why he knows that doing so will kill him.

Cornerstone has the best staff and attitude I've ever seen anywhere. They truly care about their patients and team. Working together as a team makes all the difference in the world. I've been to four different hospitals as a long term patient being hospitalized for over one year now in Tucson. I am not the patient, but the family member of the patient and have seen it all now. This hospital is more like HOME to us than a hospital. We truly LOVE everyone at this hospital.

If you have to be hospitalized in Tucson, go to Cornerstone where the staff helps you turn the corner to Health and Happiness.

I have to say I haven't had any problems with the nursing staff at this hospital, but, I must comment on the physical therapy team they have there. I see no compassion or understanding when it comes to John or Jan. I feel if they had a bit more common sense with how to deal with patients they would accomplish so much more. I feel each patient is just a box to be checked off for them. Does anybody ever improve with the tactics that these two people use? Our loved ones are in their hands and you end up feeling useless to do anything about it. Shame on them!