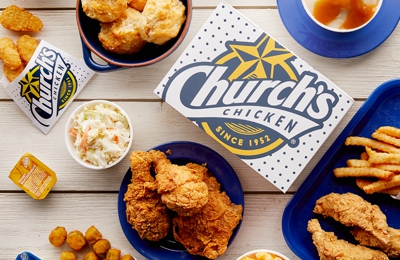 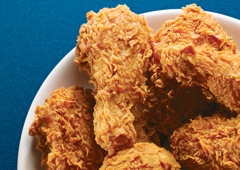 I KNOW WHAT GOOD IS!

General Info
At Church’s Chicken, we make real meals with the heart of the south and the Spirit of Texas giving our guests the chicken you crave and the taste you deserve. We’ve got pure honey-butter bliss with our made from scratch Honey-Butter Biscuits and that spicy kick is always an option with any of our fried chicken combos and family meals so there’s something for everyone who pulls up a seat to your table. Order ahead, get it delivered, book us for your next catering or come on down to local Church’s where we’re Bringin’ that Down Home Flavor™ every day.
Hours
Regular Hours
Services/Products
Payment method
master card, visa, amex, discover, all major credit cards
Price Range
$
Neighborhood
Wakefield
Other Links

Today we went to this restaurant for lunch. A homeless person was in line before us, and the cashier gave him a glass for water.

Then, she waited on us. About that time the manager asked her if she had charged him for the glass he was using. I cannot repeat the word she used on the internet, let's just say it began with an "f".

The manager told the employee that she better charge the man for the glass. 11 cents!!!

She then told the employee that she had been told to charge the homeless people for each cup, and that if she forgot again, she would fire her.

She did not do this privately and she yelled at her right in front of the other customers. Very unprofessional. If I were that girl, I'd go above her head to the district manager and have her written up. She can use me as a witness.