General Info
Avery's Auto Repair has been serving the Tucson, Arizona area for over 20 years. We have quickly become one of the premiere service facilities in the metro area.In addition to our years of experience, we have a modern, well-equipped shop with the latest tools, diagnostic equipment, and technical information systems. We have 2 locations To Better Service You:Rita Ranch (2 miles north of I-10 off Rita Rd.)* 9025 E. Camino Abril, Tucson, AZ 85747* Phone: (520) 574-1600* Mon. -Fri.:7 a.m. - 5 p.m., Sat. - 8 a.m. - 2 p.m.(Near Pantano and Golf Links)* 8051 E. Lakeside Parkway, Suite 114, Tucson, AZ 85730* (520) 886-5045* Mon. - Fri. 7 a.m. - 5 p.m.
BBB Rating
A+
BBB Rating and Accreditation information may be delayed up to a week.
BBB Accredited businesses follow the BBB Code of Business Practices and pay a fee for accreditation review and monitoring. Accreditation is not a BBB endorsement or evaluation of the business’ product quality or competency in performing services. 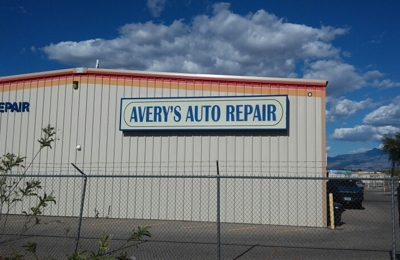 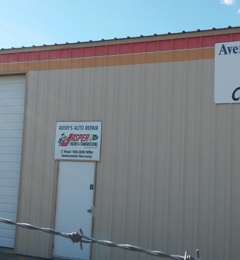 I will never use these people again. I took my vehicle in to this shop for the past 3 weeks with the hopes that it would be fixed within a reasonable amount of time and expense but I was mistaken. They initially told me that they fixed the problem, I took the vehicle home and within 2 days the same problem arose, I took the vehicle back and they told me that they would have to diagnose it again (even thought they said they knew what the problem was) and asked me to leave it for the day and they would get back to me when they had time. For me that was unacceptable since they did not fix the problem the first time and I already paid 375 for the initial ""fix.""
I they brought it back again and they told me that they had to order the part to be replaced and it would not be in until next week. I waited for their call for the part and when they called I was supposed to pay a diagnostic fee again and for the part to be installed and was told that this is what is wrong. They installed the part and was out another 135. Again, within the next few hours the vehicle was doing the same thing but the shop was closed now, I returned again the next day and informed them of was was happening and the gentleman in the front desk told me ""what do you want me to do, I don't know what else to fix"" that to me is rude and a shows a poor professional attitude to the customer who is paying their salary. I then took my truck down the road to Canyon View Automotive and they were friendly and after explaining what happened at the other shop they got me in and ran a test, within 15 minutes diagnosed the problem and was able to replace the sensor that was out within the next 30 minutes and did it at cost of the part (36 dollars). I will never use avery's again and I surely will not recommend them to anyone else.

I have used Avery's Auto on numerous occasions and have always found them to be fast, reliable, and honest.
They are a family owned business and i always feel good knowing that my money is going into the local Tucson economy and not a corporate chain auto repair. I feel like the really do care about me and my vehicle and would not hesitate to recommend them to a friend.

Avery's has been very helpful, always quick to get my car back on the road without costing me a fortune. Their new location in Rita Ranch has made it convenient for me to stop by for an oil change or check up before a big road trip and I recommend them to all my friends. The employees are friendly and honest, it's great have a mechanic that I can trust with my car and wallet

Thank you Avery's Auto for taking care of my daughter’s car. I was concerned when she told me that her car was not running right, I thought it might cost a lot of money to fix. I was so happy when she called and told me that you fixed it right away and with little cost. I have been a customer for years at both locations, and will continue to bring my cars to you. I know that I can count on you to fix my car in a reasonable amount of time and at a fair price. It’s nice knowing that there are family run businesses out there that care about their customers.

My family and I have always only relied on Avery's Auto to fix our car needs, they are a loyal family owned business, that puts their customers first. Whenever I bring my car in, it is quickly taken in, accessed, and fixed for a fair price. They do quality work at a reasonable price. They show a genuine concern to their customers and focus on sending their customers home satisfied. I've never had an issue with the repairs done on my car, and have never had a hassle with the prices they've estimated for my needed repairs or maintenance. I am a loyal Avery's customer and will continue suggesting them to my friends and family for their auto repairs.