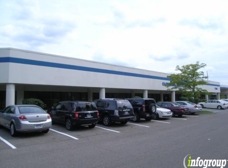 Easy to work with, and helpful staff. Device was super easy to used and works well in the heat.

Very good and easy to work with. Much easier system to use and works well in the cold winters in mn. I’d recommend this over other devices

I was convicted with DUI in January and was ordered to install interlock device in my car for 6 months. I am so glad that I chose Nationalwide Interlock. They have great service ever for a good price.

Very nice ppl, always professional and nice. Sometimes it can get a little busy but non the less , they are professional

Everyone was very helpful with me for a bit over a year always got help when needed if I ever need a interlock device I will choose nation wide thanks. Webster

Was a little rough getting to know the do's and don'ts, Nationwide's staff does a good job explaining all at the beginning. I would recommend this company for their communication skills.

I have had no problems with this company. Everyone was very nice and helpful to work with. I have already recommended a few people to this service. Thank you so much for all your help!

The people are top-notch to work with, Superior equipment compared to other companies. I've recommended a bunch of people to them. Was a pleasant experience to say the least

Much easier to deal with than some of the other interlock companies. They were great dealing with an issue I had.

Nationwide was a reputable company and very professional. If you have to have the inconvenience of having an interlock in your vehicle I would recommend nationwide to help.

First class service, explained everything thoroughly. Made the process easier and also set me at ease. I read reviewed of other places and was glad I chose nationwide. They were able to get a local shop by me to get my downloads done Tom at ABC in Grand Blanc made the process smooth

In the end it’s an easy choice to go with Nationwide.

When I initially got the interlock device in my car I went with Smartstart. That was a huge mistake and an utter nightmare. The day I got the device installed I drove back home and the next day my car wouldn't start. I spent an entire month calling them trying to figure out what was wrong. They kept telling me it was my battery. I bought 2 brand new batteries and they kept saying I was buying bad batteries. I finally got them to agree to have my vehicle towed to their shop.
Once at the shop I got a phone call saying my battery was not good...I explained that this is my second new battery and I had it tested. He called back and said it was an issue with the starter. I agreed to have them change it. I went to pick my car up...it didn't start. They said they must have put a bad starter in...
When I returned to get my car the second time I realized that they had changed the handheld piece and the wiring but did not mention that.
After all of that I was finally able to drive.
About 2 months later I received a letter from the SOS revoking my license from 4 tampering/circumvention occurrences. I called smartstart asking what it could be...and you guessed it...probably my battery.
I went in front of the hearing officer and explained how each tampering occurrence was exactly 10:00:00 from when I shut off my car and that I as a human would not be able to do that. My restricted license was returned.
I then decided to switch companies because of how many issues I had in such a short amount of time with Smartstart.
I switched to Nationwide and I'm happy I did. This is an undesirable situation to be in but they make it easy and are extremely helpful and pleasant to interact with. I have had ZERO issues with them and the equipment is a lot better. I have only had to call them for installation, final report and now to have it removed. They made a bad situation incredibly easy and stress free. I am thankful that I decided to switch and that I switched to them.

Having my interlock system set up by nationwide was the best decision I made they match the competitions pricing everyone is so helpful, nice, and easy going I felt really comfortable talking to anyone in the office and asking any questions... would highly recommend for anyone who need a interlock system installed into their Vehicle

Excellent is how I describe my experience with Nationwide, I can’t tell you how respectful and helpful every one I talked to on the phone. It’s so convenient to pay by phone amd get emailed receipts.. I was with Lifesafer company before I switched...Nothing but headaches and total disrespect from them... Thank you for making my already embarrassing experience not even more difficult

I have had my interlock device since November of 2016. I am happy to say that I never had a violation of any sort. Everything worked just perfect. Customer service with Nationwide is top noch! They are easily and readily available. Although I am not proud that I had to have an interlock system I am extremely impressed with this company and will advise anyone that needs this device to use them! Thanks for everything Nationwide!!!

EXCELLENT CUSTOMER SERVICE, UNDERSTANDING, GUIDING ME INTO THE RIGHT PLACE! BILLERS WERE VERY COOPERATIVE AND WERE VERY GOOD TO ME!! i'M IN CATERING AND IT WAS AN HONOR TO BRING THEM A TREAT SEVERAL TIMES.

I have been with nationwide interlock for 17 months and I 100% recommend this place. Employees are all friendly with quick responses and flexible appointments.

Professional staff and business as a whole. Quality product never had one false reading in the 2 years i had their interlock in my car. Best company to go with by far

Nationwide saved me life. They were always willing to work with me on my scheduling needs and provided prompt service for download appointments. They were always able to answer any questions I had and thoroughly helped me through the removal process. I recommend nationwide to anyone that is looking for an interlock company!!