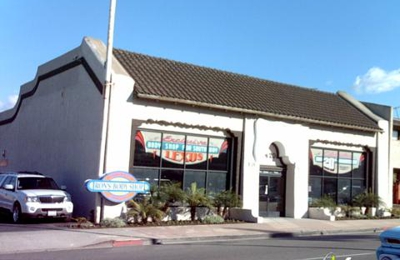 Let me preface this by saying that I have used Ron’s in the past for my personal auto and have referred my clients there numerous times. I’m an insurance agent, and all told I have probably sent close to a half-dozen people to Ron’s in the last 2 years. In general, they do good work – and haven’t had anything to complain about.

But, after a recent experience I can promise you that I will never use Ron’s Body Shop again, nor will I have anything good to say about them. The representative who ‘assisted’ me was rude and callous, and literally told me he would ‘prefer’ that I ‘take [my] car somewhere else.’ It seems that as long as the insurance company is willing to pay (overpay?) for their services, they’re happy to have you as a client. But, if they have to roll up their sleeves - forget about it!

Case in point: my son was involved in an accident. He was not-at-fault and I chose not to use my insurance company to cover the claim. Instead, I pressed forward with using the at-fault party’s insurance company. From the onset, the rep complained that this wasn’t a good company and that I should use my own company instead. Again, I didn’t want to pay my deductible for an accident I didn’t cause so I refused. The ‘negotiating’ process took almost 10 days, during which my car sat at Ron’s, while this representative went back and forth with the insurance company. When it was all said and done, Ron’s representative complained that they weren’t being paid enough, it was going to take 30 days for them to repair a bumper (?!?), and that I should take my vehicle elsewhere. Oh and by the way, in order to take my car I needed to pay $800 for storage fees, administrative fees, and insurance-company negotiating costs (ironic, considering he apparently is a poor negotiator but I still had to pay him for that service).

In the end, I didn’t have the car for 10 days, nothing was fixed, I had to find another body shop to deal with, was treated rudely by Ron’s associate, and still had to pay $800. Maybe I’m just ‘lucky’ and drew the wrong person to work with, or maybe there’s something insidious about that shop. I do know when I went to another shop, they fixed the car is 2 ½ weeks and did it for the amount agreed to by the insurance company. Oh, and they weren’t arrogant and rude…that’s always a positive. Bottom line, do yourself a favor and go somewhere else…anywhere but here.

i feel that this shop was once a praised for their great work. Now there shop has lost it to under paid and educated fly by night repair man. There is no qc at all there worker do more damage then good . scratches on the inside of the car and outside . door jams paint already flaking off . I seen better work at 1 day paint and body i would not recommend this shop poor work all a round. Ron needs to fire them all and get new help cause those guys are giving him a bad name.