General Info
Since 1970, Tomball Moving & Storage has been locally owned and operated by the Brune family. Also known as Tomball Movers or just Tomball Moving, we have been of service to thousands of satisfied customers throughout Harris and Montgomery counties, as well as throughout the state of Texas. We have provided moving services to generations of families over our forty plus years in business. Although there are other moving companies in the area now, we are the original Tomball moving company. At Tomball Moving & Storage, customer care and satisfaction is our primary goal. We make it our top priority to deliver efficient worry free moving at a very affordable price. Each move is planned and coordinated according to each individual's needs. Tomball Moving & Storage has a large fleet of clean, fully equipped moving vehicles, trained, and courteous personnel, and a reputation for quality in our industry. Tomball Moving & Storage can be trusted to handle your move quickly, efficiently, safely, and of course economically. Tomball Moving & Storage is licensed, bonded, and insured, for your peace of mind.
Email
Email Business
Business History
In Business Since 1970
BBB Rating
A+
BBB Rating and Accreditation information may be delayed up to a week.
Services/Products
Turn to Tomball Moving & Storage when you need a mover who knows the area and will work hard on your behalf. We understand how daunting a new transition can be even if you're just moving to the next street. Our goal is to create and implement a comprehensive plan to alleviate your stress. We offer: Residential moving Senior Moving Commercial moving Home packing services Apartment moving As a family-owned and locally operated company, we strive to exceed customer expectations by going above and beyond our duties. Our reliable crew drives clean trucks that are properly equipped to handle a variety of moving needs. We'll show up on time, every time, and work hard to get the job done right no matter the size or scope of the project.
Brands
License TxDMV #526147B
Payment method
mastercard, cash, amex, debit, discover, visa
Neighborhood
Tomball
Amenities
Residential Moving,Commercial Moving,Senior Moving,Home Packing Services
Accreditation 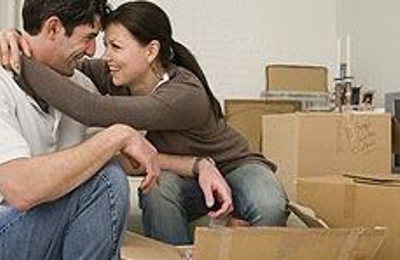 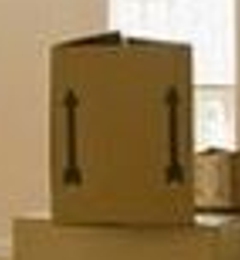 I utilized this company several times over the past 4 years for small intra-Houston moves and everything went OK so I think it's fair to provide 2 stars. HOWEVER, I sent them an e-mail a week or so ago and called three times to follow up on a quote for a move from Houston to a city several hours away. I wasted 4 or 5 days waiting for a reply, which I never received, so I am using another company who provided a quote the same day. They may be under new management or something. If Tomball Moving & Storage cannot complete the move or does not want my business for some reason, fine, but at least have the courtesy to let me know so I am not wasting time.

We are sorry for the problems &quot;Cliff A.&quot; but upon checking our emails and call logs, we could not find an email or messages from &quot;Cliff A.&quot; within the last two weeks. We also are checking our website for any errors that might be causing a problem in receiving emails. We do know that there are several other companies using our company name on the internet, causing confusion and problems like this. Some even answer their telephone using our name. We have sought legal action several times, however, it is almost impossible to stop anyone from doing this on the internet. I&#39;m not sure this is what happened in this case, but the senario is the same.

This listing has been claimed by a business representative.
Helpful(0)ShareFlag
Rhonda H.

We fired this outfit before they even started. We took the time to painstakingly complete the online inventory of items to be moved. I spoke to someone on phone and told him we had a 5 BR, 4000 sq ft house to move. On moving day, 3 man crew showed up, looked at the amount of stuff to be moved and said no way it could be done in one day with only 3 men. And of course, we'd be charged per hour. They definitely dropped the ball and the 3 office people just kept pointing fingers at each other over who messed up. Be very wary of this clown outfit! We immediately scheduled a competitor to move us the next day.

Unfortunately the submitted inventory of items to be moved was understated as many items to be moved were missing from the inventory. The shipper also stated they were going to move a lot of items, including boxes, themselves. We based all information given to the shipper on the information provided to us. The shipper requested a 3-Man crew for the move as they stated they were only moving 1 block away. Based on the information we received the shipper had about 8,000 to 9,000 lbs to be moved, however, upon arrival we found the shipper had about 20,000 lbs to be moved including many boxes not shown on the submitted inventory. In hindsight, we should have requested an on-site inspection of the inventory before we scheduled the move, in order to avoid any problems.

This listing has been claimed by a business representative.
Helpful(0)ShareFlag
ml1927

Bobby-Owner is one of the most honest movers I've ever worked with. He is determined to educate the customer on what to expect from a move and warn them of some of the problem areas that some movers will not tell you about. I highly recommend this company based on their integrity, price, service, and customer care.

This company takes the time to review all details before the move. They have been doing it for over 25 years and have an excellent rating with the Houston BBB. There are no hidden charges and the company covers all aspects of the move so there exists no surprises. I put all my trust in this company and would highly recommend!!!!!