General Info
Your One Stop Shop For All Of Your Automotive Needs! 35 YEARS We've been in business for more than 35 years! Body Shop Granger's Automotive Toledo has been working wonders with crinkled cars for over 35 years. Our PPG certified autobody has been repairing foreign and domestic autos for over 35 years. The autobody shop provides guarantees, warranties and free estimates. Our autobody service includes major and minor body repairs along with expert, computer based paint matching, restorations and frame repairs. Our autobody can make your dents disappear! Foreign and domestic cars Major and minor body and frame repairs Expert paint matching and restoration Guarantees and Warranties Free Estimates PPG Certified Mechanical Granger's Automotive has Toledo's best mechanics. Granger's automotive mechanical shop offers a complete line of professional mechanical services. The mechanical shop can handle repairs as simple as checking your fl uids or as complex as rebuilding your engine. Granger's experienced, trained professionals will thoroughly examine your car and provide you with a complete estimate and description of all work to be done. Granger's mechanics are more than happy to go over every problem with your car and answer any questions you may have. The mechanics pride themselves on their professionalism and attention to detail. Bring your car to Granger's Automotive Toledo if you want it done right the first time.
Email
Email Business
BBB Rating
A+
BBB Rating and Accreditation information may be delayed up to a week.
Extra Phones 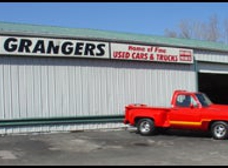 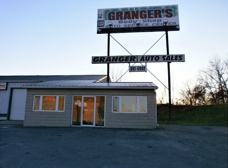 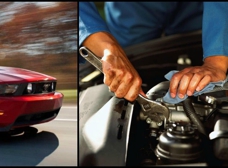 I took my car to get fixed here because they are the only shop in Toledo approved by Esurance for their E-star rating. After dealing with Grangers, I would have rather paid out of pocket for a job well done than keep coming back across town to try and remedy shoddy work and deal with a crybaby owner. I realize this review is for the auto sales, but my experience is relevant because my rental was pulled from the sale lot. Keep in mind here that I had my infant son with me for a more vivid picture of the owner's moral compass. It had a cracked windshield, no rearview mirror, underinflated dry rotted tires, and half way home I realized the brakes were getting worse by the minute. Why? Because of a gaping hole in the brake line. My son & I were both almost killed, so I parked the car until mine was done, hoping that if I didn't complain, they would do a good job on my car. Similar to why I don't send food back at a restaurant. I had no such luck. The body panels were just as crooked as when they went in, and the paint color was not even close. I very politely asked him to make things right. He wasn't happy about it, but admitted that things were done improperly so he kept my vehicle to make things right. I should have just kept the wrong color and crooked bumper, because it actually looked worse after their second botched attempt. I wish I could leave a zero star rating.

Stay away! Bought a car in Mid March. There was a problem with the windows and they said they would fix them. After driving back over there once already they needed to have the car left there to be fixed. SO we ended up driving the 20 something mile trip 3 more time. Then they did not send out the title until 2 days before the temporary license tags expired. So now our tags are going to expire and we have no title!