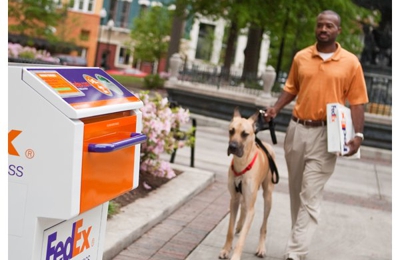 The worker here named Cheryl is a rude, condescending excuse for a human being. Not only do you get told that the items you are shipping won't fix in a container I brought in (they fit fine...she just did not want to help me hold the box as I attempted to tape it shut.) But she stands back as you struggle, will not offer any tape to help seal up the box but has an excuse for everything. This is by far the most rude and unpleasant woman on this planet. FedEx should be ashamed of hiring ass holes like this. I have had enough of being belittles and treated poorly - I will file a formal complaint and go to UPS from this point on. FedEx just lost thousands of dollars from a poor treated customer!