General Info
Since 1980, Blount's Has Served Bell & Surrounding Counties. Jim Blount, The Owner, Has A Lifetime Of Experience In Drain & Septic Work. Sons Nick & Jeff Have Grown Up In The Business & Bring Caring Attitudes & A Desire To Help Each Customer. Blount's Also Has A Master Plumber With Over 30 Years Of Experience. The Entire Crew Truly Enjoys Their Work! They Fix It Right The First Time Because Your Plumbing Problem Is Their Opportunity To Make You A Customer For Life! ASSOCIATION National Onsite Wastewater Recycling Association(NOWRA) Texas Onsite Wastewater Association (TOWA)
Hours
Regular Hours
Logo 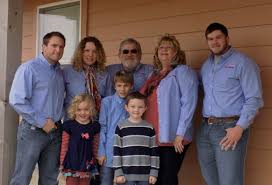 Purchased a house in Killeen, TX and I like to support local businesses; Blount's Speedy Rooter was fast, professional, friendly, but most of all affordable. I had drains cleared/rooted and they did an excellent job. Much more affordable than any "national chain" with professional staff. I definitely suggest that anyone in the Temple/Killeen area contact them first for any of your plumbing needs!

In the county that I live in we have to have a maintenance contract for our septic tank. The previous owner choose Blount's Speedy Router to come out and do the initial inspection and do some minor repairs. The previous owner paid for that, so needless to say my husband and I just went with that company. After only living in the house for 3 days our septic overflowed, so I contacted them. The came out and did absolutely nothing and charged me $69.00 for the service call. I paid that due to the fact that the service tech did drive all the way out there. I contacted the company to complain, I called at 0900 and finally spoke to the owner at 1156. The person who answered the phone told me she would be in sometime after 0900 and I had to continue to call until the owner was there. I never received a phone call from the owner. When I did speak to the owner she told me they don't guarantee their work. She also told me even though her service tech told me the tank did not need to be pumped she would not help me out in any way for the pumping. She still wanted to charge me almost $600.00 to get it pumped. The next day I decided I want to get a second opinion and the next company came out and when he took the lid off to the tank no only was it very overfull, but the service tech also drilled a screw through a pipe and there was water everywhere. The second company pumped the tank and explained a lot to me and my husband. Also, he only charged us $250.00 for the same work that Blount's was going to charge $600.00 for. Needless to say I contacted the owner of Blount's again and she attempted to make everything right by sending someone else out the next day to repair the pipe and returning my $69.00 service fee. Of course this was after much arguing and going back and forth. The reason I am making a complaint it because I don't want another family in the area to get taken advantage like I feel we did. I do believe this company is only in it for the money and nothing else. BE CAREFULL!

We use Blount's Speedy Rooter for all of our plumbing emergencies! They take their time and always do a fantastic job the very first time around. They give an estimate up front and always stick by that. If we have any issues the owners are quick to make sure we are satisfied by the end of the job. The pricing is appropriate for the level of technicians available. I have absolutely nothing negative to say about this company, and we will continue to use them as long as they are around.

I am a homeowner in Temple, Tx and have had Blounts out to my house on several occasion. Every time I have been extremely satisfied with there services. I needed my septic tank pump out, not only did they do fantastic job they were able to explain and show me exactly how the system is suppose to operate. The vastness of knowledge there employees contain is worth the money. Fix it right the first time is my motto and they agree. Would definitely recommend and disagree with any negative statements toward the company.

This is by far the worst plumbing company I have ever experienced. Their plumbers do NOT have their state plumbing licenses. They bid one price and then send a different plumber and give you a much higher cost. They are arrogant and to top it off the OWNER flipped a pump truck next to a fresh water creek and did NOT report it for fear of being shut down for contaminating a fresh water source. Horrible horrible company and they should be shut down!!!