Shop The Look at MyBob's! 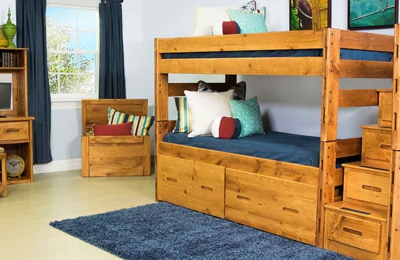 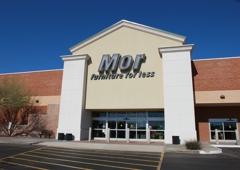 We've always loved the company, but this particular store is the worst and doesn't represent them well. I will name the people here:
1. Jonathan Fry => Salesperson. Very racial, hates brown people, and actually makes racial comments. We had to request change of sales person.
2. Al English => Salesperson. Very nice person, and took over from where Jonathan left off.

We ordered a bunch of stuff, with one condition, that this needs to be delivered and setup to our building before 5 pm. That means they have to be finished before 5 pm and leave, as the building doesn't allow anything after that.

They confirmed and took the HUGE order and confirmed their driver and "white glove premium delivery" service will make sure that everything is setup and delivered properly and the driver will be there no later than 2 pm. That will be his first delivery.

On the day of delivery, when no one showed up at 2 pm, we called, and were connected to Jonathan Fry again, who was EXTREMELY condescending and rude on the phone. Cuts you off, and screams and yells at you.

We called back, and requested to be connected to the Store Manager, and her name is Barbara Ross. She quickly attempted to take control of the situation, and called the warehouse the driver and then confirmed that they will deliver before 3:30 pm, and that will give them enough time to have everything setup.

THEY NEVER SHOWED UP. We have been trying to call the store back and the talk to Barbara but all attempts have been ignored.

We are left hanging, no delivery.
We had never had this issue before with Mor, but this store has no idea what they are doing. They have absolutely ZERO control on their delivery team. All their promises are lies. All they want is your money so they can make the sale.

DO NOT TRUST ANY WORD THAT COMES OUT OF THE SALES PEOPLE AT THIS STORE. IF THEY DON'T REMEDY THIS SITUATION, WE WILL BE REPORTING THIS ISSUE TO THE FEDERAL TRADE COMMISSION AND WILL SEEK LEGAL DAMAGES.

I just wanted to let you know how easy it was to purchase my new bed. My saleslady Jordyn Ott, was very pleasant and knowledgeable. She walked easily though this purchase. I'm very lucky that she was my salesperson. She is definitely an asset to your business.

It appears that Mor Furniture is basically a very well organized and professional "store front" retailer - and as such, they offer some of the best prices on very nice products. Products are delivered or can be picked up in their warehouse about 20 minutes away.

My career in the oil and gas industry requires constant travel and extended stays all over the US at various projects. I Recently purchased a reclining love seat and matching reclining chair for an upscale fifth wheel travel trailer. I had one day to purchase (and receive) furniture. "Chris" at Mor Furniture in Tempe, AZ was professional - and quite amazing. I met Chris on Saturday - he took the time to show me (w/o any pressure) all the options for my needs. Once I found the furniture I wanted to purchase, Chris quickly offered same day delivery and deleted the sales tax for the best bottomline deal. I bought around noon, received my furniture at approx. 6:30 pm that same day - and the furniture was set up in my fifth wheel free (and very professionally)!

Kudos to Chris - and Mor Furniture. I highly recommend this business.