General Info
GBU Construction Inc is father and son operated, highly skilled, experienced and professional. Our mission is simple; we provide our customers excellent service by professional crew and innovative design solution for our customers in Los Angeles and surrounding areas. Every project regardless of size is assigned a personal project manager who helps monitor the project through completion.
Hours
Regular Hours
Extra Phones 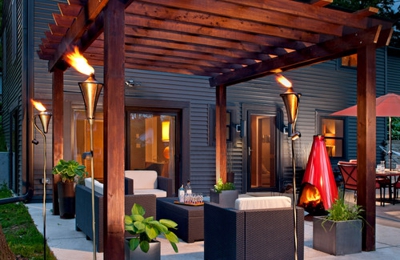 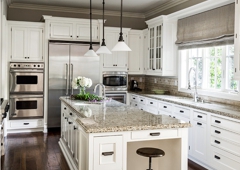 We really liked the estimator when he came out to estimate our master bedroom addition and he gave us a bid written in ink for a price to include "all labor and materials". We provided him with a blue print of the job via PDF and asked for a formal estimate to be sent to us. He wanted to come out and just sign the contract, but we insisted that he provide a formal estimate to us. It is a good thing we did. There were several items excluded from the bid in the way of both materials and labor, so we called the estimator to go over what items he had excluded. He thought everything would be OK if we wrote an addendum to his estimate, which we did.

However, when he came to the house with his boss (the owner) everything changed. The owner decided that he would not make any money on the bid. He said that they did not know that our home had wood siding and did not realize that the plans had a change in them?? Did the estimator not use his eyes when he came out and totally miss the fact that we have wood siding?? Did he not look at the PDF plans that we provided and miss the change to the plans??

It came down to the owner deciding to change their bid amount up 17%!!

We were willing to compromise and even pay for the wood siding that the estimator missed!! But they retracted the bid amount since we would not do anything on a handshake as the estimator had suggested. We wanted everything signed which would bind them to a contract.

Obviously, we did not use them. We ended up using a professional company that charged us $1,000 less than the original bid that the estimator from G.B.U. came up with and who had us sign and date all pre-prepared documents as required by law. It is very curious that the company we went with could do the same job for $1,000 less than the original bid amount from GBU and include all labor and materials. Hmm........

The owner had the estimator apologize to us since he felt the original formal bid was even too low without taking into account any excluded items.

Time to get a different estimator who knows what he is doing!!

Not really enamored with contractors, largely because theirs so many bad ones it's awe inspiring to come across one who is honest, direct, and does a great job. I know that's what we expect when we hire one, but for the most part you don't even come close.

I had hired GBU Constructions do fix the problems another Constructioncompany laid upon me along with Panda Kitchen (there review will becoming later and it won't be pretty). I was working on a time line and without referral hired GBU from advice from a stranger. Thank God for stranger.

Javier came to my house, and appraised the problem, which was dry wall, and ceiling collapse. Mr.Javier provided me with an estimate of the costs, and over a hand shake the deal was laid in stone.

The GBU Construction crew arrived the next day, and they were ablaze, you couldn't make them work any fast if you lit them on fire, cause they already were working at a smoking speed. I estimated it could be a two day job, but with in 5 hours, the job was done and they did a superb job.

CBU Construction helped get my new barber shop up and running in record time. The work was very good and the owner has kept in contact ever since. They won't leave you hanging if you have a future question or concern. I'd definitely do business with GBU again

Junk wont stop calling me! They put you on some spam list if you call them BEWARE They are scam artist.

I am finishing up my kitchen renovation and I used Gbu Construction in the process. This company was the best I have used, and this is my 4th home that I have renovated! Excellent work, honest, and provides excellent suggestions. Look no further.