General Info
In business since 1966, third generation family owned. Hiawatha Auto Parts and used cars, we do NY state inspections, complete auto repairs, large inventory of used parts. Car sales from $1,200.00 - $4000.00. Call us today let us be your #1 choice when making auto repair decision.
BBB Rating
A+
BBB Rating and Accreditation information may be delayed up to a week.
BBB Accredited businesses follow the BBB Code of Business Practices and pay a fee for accreditation review and monitoring. Accreditation is not a BBB endorsement or evaluation of the business’ product quality or competency in performing services. 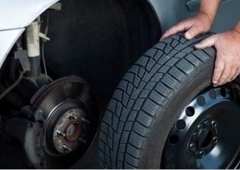 I want to give this place no stars, but I am forced to give it one. They were incompetent and didn't care about their customers. I paid Hiawatha Auto Parts hundreds of dollars to not help me at all with my car and they were happy enough to take my money.

My car wouldn't start and they were nearby so I had them tow it to their shop to check it and fix it. The guy said that he would call me once they figure out what the problem was. Two days past and the guy didn't call me. So I called him. He said the computer of the car was broken and only a chrysler dealership could fix it and it would cost about $1500. So I paid them twice to tow my car, to diagnose the problem which they didn't and extra unnecessary charges for things they tried to do to get my car to start but didn't work such as charging the battery and I was going to have to fork over another $1500 to fix some kind of computer in the car. Once chrysler had my car, they told me it was just a broken fuse and cost nothing to fix and any competent mechanic would have spot it and fix it.