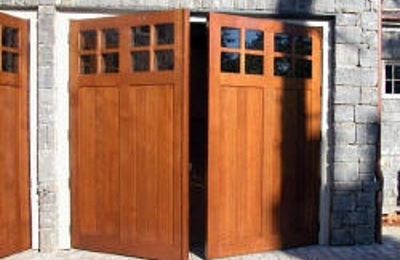 We bought our first fixer upper in north hollywood and the garage door was a piece of crap so we called around. the guy was not some high pressure salesman - he answered every question and we went with him and we love it ! Very fair price and great job. Yeah, we recommend this Chavez Doors. thanks.

I recently used Joe Chavez Garage Doors services and was very pleased with their prompt availability and great work. Their technician was on time and got the job done in a timely manner. Their prices were reasonable. I highly recommend their services.

Owner Mr Chavez seems like a nice guy cant say the same for his technicians. Have a crack on my outer pulley & after a lot of research new the part was around $30. Called several places & Mr Chavez quoted me less then $100 to install with part & everyone else was more. His technician came out & had wrong pulley but determine that was not what was causing garage not to close. After further investigation tech determine it was the gear assembly. When I ask how much the part was he quoted me $150 for the part + labor. Since I was pretty sure it was the pulley & tech guarantee same crack pulley would close door after gear assembly replaced. I said go ahead. While tech worked on garage I looked up part & every site I found had part for less then $50. Confronted tech & inform me was shock & wanted to no name of site becuz owner is buying parts at wrong places. Continue to tell me part prices are set by owner & not him. After leaving I had my brother call company to request a quote for same job. He was quoted $145 with labor & included routine maintenance. Once I heard this I called & requested to speak to owner. Mr Chavez called me back after speaking to tech & inform me that tech said my garage was unbalance also. Inform Mr Chavez that's the 1st I hear about an unbalance door & not once did he mention that when i confronted him. Told Mr C the reason I was calling him was to inform him the kind of tech he has working for him & representing his company. When I specifically ask for price of part he said $150 & that owner sets these prices. Mr C apologies & best he can offer me was a free maintenance 6 months from now. Inform him only way I would accept that was if he was coming out himself becuz dont trust his techs which he said he would.

Hello, Again, I do apologize for the incident that occurred when a technician from my company went out for a repair at your home. Jorge was a fairly new technician with our company and there was a misunderstanding in communicating all of what would be included in your service. Disciplinary actions were taken with our technician. The job he did at your property included more work than he mentioned, which was why the price was a bit more for you than expected. Because of this unfortunate event, I have offered you a free service call 6 months from now, which will include maintenance on the garage door. I will come out there personally. I always strive to have the best customer service and keep my customers happy, and I hope we continue to do business in the future.

This listing has been claimed by a business representative.
Helpful(0)ShareFlag
Load previous comments

My garage door spring broke and I could not get my garage door open. My car was trapped in there, so I called Joe Chavez and he had someone at my house within 45 minutes. The price and service were good.

Great Prices! Great selection! This guy was super nice and got the job done fast. I'll be using him again. Thanks Joe!