Call Us Today for all Your Car Care Needs 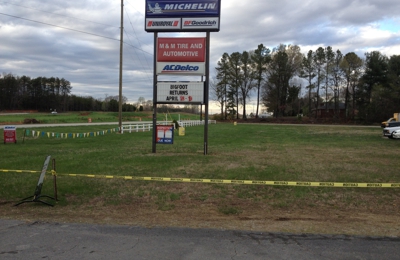 Friendly professional service at a fair price. I have all my company vehicles as well as my personal ones serviced here and I highly recommend them. This is an honest shop that you can trust.

If I could give this place no stars I would. I've taken two cars there before and they've screwed up both of them. Most recently I took my Mazda SUV in for a simple oil change in April of this year. Come time for my next oil change the end of July , the guys at the oil change place (NOT m&m) told me there was a plug in my oil pan that was the WRONG size . The place who put the wrong size in there was m&m. A few days later on vacation (200 miles away from home) , my car breaks down in the middle of Main Street in downtown Waynesville North Carolina . Surprise , something was wrong with my oil pan. Because the people at m&m don't know how to do a simple oil change my pan became stripped and I had to pay OVER 700$ to get the whole business replaced . This was not only an inconvenience to my whole family with us being on vacation but now I've got 700$ Charged on my credit card that DOESNT need to be there. I will be demanding a refund as it is their fault . I wouldn't recommend them to ANYONE. They will rip you off and mess things up to create a new project for them and make you have to bring your car back and dish out more of your hard earned money!!